What Bernie Is Really About Is Just Sickening….[Meme] [VIDEO] 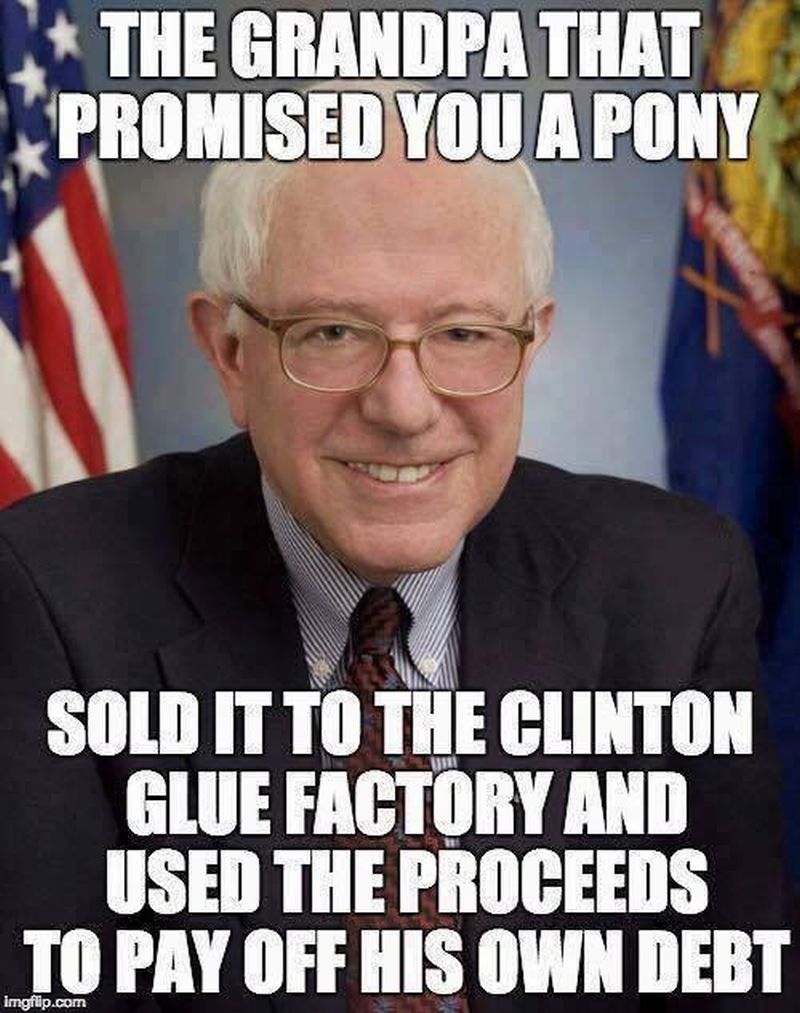 Pretty funny.[3] Saturday Night Live has done a skit where Hillary Clinton and Bernie Sanders meet in a bar. She’s going on about having already won mathematically and Bernie says he’s not going anywhere. Too true. They then shared a drink at the bar and he stuck her with the tab. Dead on. They reminisced how stupid he was for saying her emails weren’t an issue. Yeppers. Then they laughed about how the whole election was rigged and drank to Debbie Wasserman Shultz. Again, humorous reality. No one likes Hillary and Bernie dreams of being a rich elitist. Pour me a double.

Larry David came back to reprise his funny role as Bernie Sanders in the Saturday Night Live cold open tonight. Bernie and Hillary have a pretty awkward and contentious conversation in this bar scene that makes reference to their primary battle.

I like the first part but I wasn’t sure what the point of the whole dance was. I guess they wanted an excuse to make all the cast members dress up in tuxedos? Whatever.

Ah, the dance of the Marxists! How apropos. Even the part where Bill Clinton was cut out was correct. No parody needed, this got it exactly right. Although, I’d bet in the end that if the Hildabeast slithers her way into the White House, she’ll give ole Bernie a spot somewhere. He has too big a following not to. It’s more likely that Trump will win and he won’t deny that he’s considering Sanders as his VP. Looks like SNL is going to have material for a very long time. Wish I thought it was funny and not just tragic.