What the Black Panthers, KKK, And BLM Movement Have in Common May SHOCK YOU [Meme] 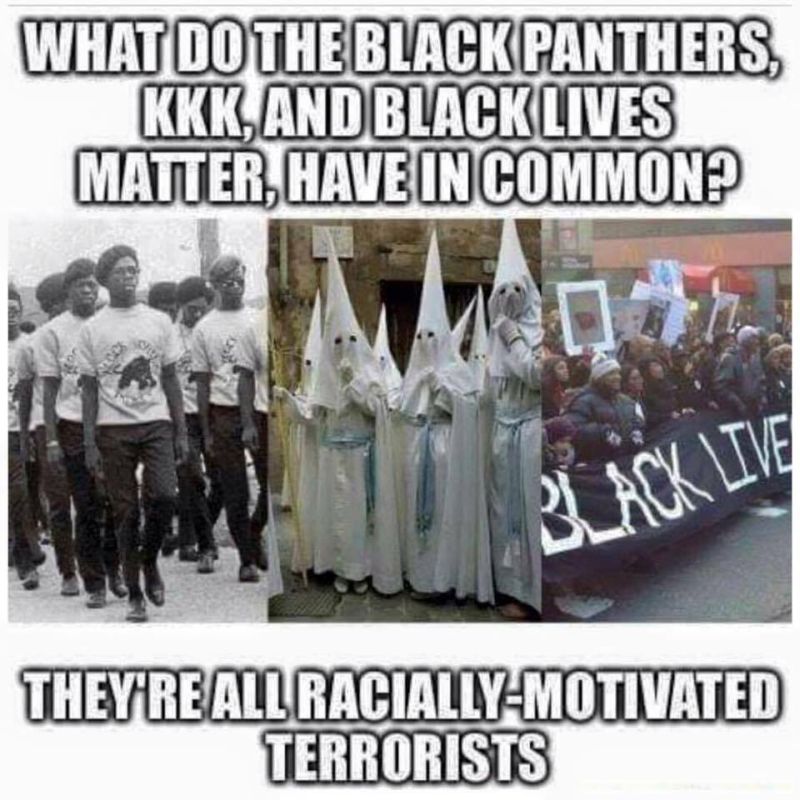 Given all the outrageous demands screamed by Black Lives Matters goons, and the tendency of those in charge to echo their delusional rhetoric and accede to their demands, you might wonder how police are supposed to do their job. This difficulty has been resolved by yet another BLM demand — abolish the police:

On Monday night, a black community worker from Chicago openly advocated the abolition of the police force across America. She argued that the institution began with slavery in America and needs to be scrapped entirely.

“Here’s the solution, we need to abolish the police, period,” declared Jessica Disu on Fox News’ “The Kelly File.” Her suggestion got an immediate groan. “De-militarize the police, disarm the police, we need to come up with community solutions for transformative justice.”

“Transformative justice” means criminals do whatever they want to you and then run free, which is fair because you’re a racist.

The remark was made in a segment addressing the question of whether the cold-blooded murderer of five Dallas police officers is a “hero or villain.” If that question is regarded as worth discussing by a Fox News focus group, it’s surprising they knew enough to groan at the suggestion of abolishing all police.

On tips from Stormfax, Rob E, and Steve A. Cross-posted at Moonbattery.