Michelle Obama made fighting childhood obesity her mission as First Lady. One of her most controversial efforts was to overhaul the school lunch program and it was a huge disaster. Schools across the country revolted and now, the Trump administration has done something that she is not going to like[1]. 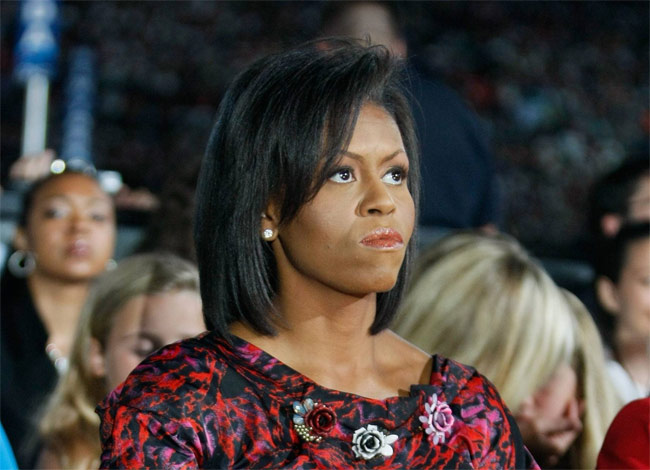 Sonny Perdue, Donald Trump’s chosen Agriculture Secretary, is ready to eliminate Michelle Obama’s ridiculous school lunch “reforms.” The United States Department of Agriculture announced Friday that Perdue, along with Sen. Pat Roberts (R-Kan.), will be eating lunch with students on Monday at Catoctin Elementary School in Leesburg, Va., where they will also be making a big announcement.

Schools will now have more flexibility in meeting federal nutrition standards for school lunches, which hopefully will mean children can get lunches that are not only nutritious, but filling and tasty as well. Students were not happy with Michelle’s “improved” school lunches, frequently putting pictures on social media of the disgusting offerings they were forced to eat thanks to her:

@MichelleObama[6] my school lunch while eating with my daughter. Only other choice was a scoop of salad. This is sad! pic.twitter.com/5iPvg2nsAa[7]

@MichelleObama[6] so this is the "healthy school lunch"… pic.twitter.com/qgxL5ez9zh[9]

What's this you ask? A school burger with a side of e-coli and stomach flu,. Yum…#ThursdayThoughts[13] #ThanksMichelleObama[14] #foodtalks[15] pic.twitter.com/0IPC2yPSPR[16]

This seems to be a good move by the Trump administration and liberals should take note: it is not the job of the government to cure every societal ill in existence. Childhood obesity is, indeed, a big problem. But that doesn’t mean the government needs to force burdensome regulations on families, no matter how well-meaning the intent behind them may be. Of course, liberals will never understand this.

In John Hawkins’ new book, ‘101 Things All Young Adults Should Know’, he teaches in chapter 10 of the book that people are what they are and probably are not going to change much once they reach adulthood.

Michelle Obama is a diehard liberal and the chances of her realizing that the government’s job is not to save people from themselves are slim-to-none by now.