Michelle Obama is out screaming about racism yet again. She never gets tired of the lie. Yesterday, she was at the Pennsylvania Conference for Women, where she put forth that when she attended the State of the Union address she noticed the Republican side was “all men, all white,” and that was why she argued many people of color “don’t trust politics.” Now, that is actual racism right there. Of course, she was bloviating on this under the guise of diversity. She said, “We should be working actively to mix it up, so we’re getting a real broad range of perspectives on every issue. Shoot, I would see that in Congress.” What she means is, as a militant black woman, she wants to see all of Congress be black with a severe shortage of white men. 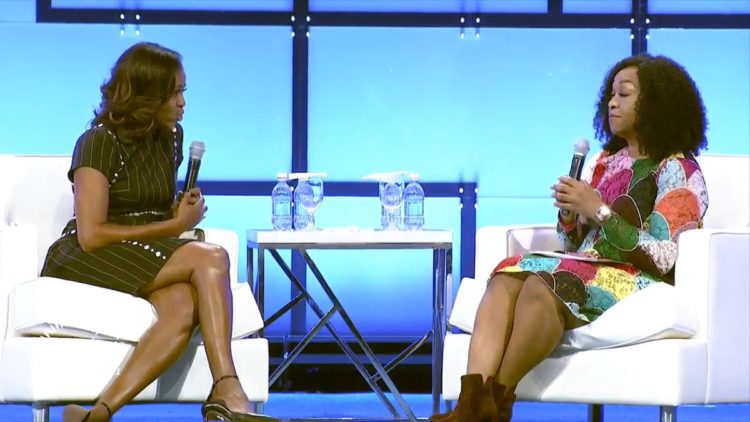 So, let me get this straight… it’s just unfair that most politicians are white males and because of that, people don’t trust politicians. It has nothing to do with corruption, right Michelle? Because you and the Clintons would know all about that. And for your information, white men where more colors than black and grey. Perhaps that’s all she sees because she despises them so much. Bigotry is often a limiting condition that way. Just ask any progressive Democrat.

She continued, “I look at that, and I go, no wonder. No wonder we struggle, no wonder people don’t trust politics. We’re not even noticing what these rooms look like.” I thought we were supposed to be colorblind and judge a person on the content of their character? Huh. Because Mooch is saying we should judge people not by their character, but the color of their skin and their gender. Noted. She added, “If people haven’t had the experience of being other and out, and you are trying to fix the problem of those folks, it’s hard to come up with the right answer when you haven’t lived it.” Well, we can’t all be downtrodden victims like poor Michelle Obama, now can we?