Oh, poor Michelle Obama, she is so oppressed. Being First Lady is practically like being a prisoner, or a slave! It’s a horrible life! You’re allowed to go on multi-million dollar vacations that you don’t pay a dime for, you wear designer clothes all time, you have a staff that waits on you hand a foot, it’s truly a trying life.

She faced so much racism being the most important woman in the United States, which had the GALL to elect a black man to the highest office in the land. It’s like living in the 1800s!

At least that’s how Mrs. Obama tells her side of the story. 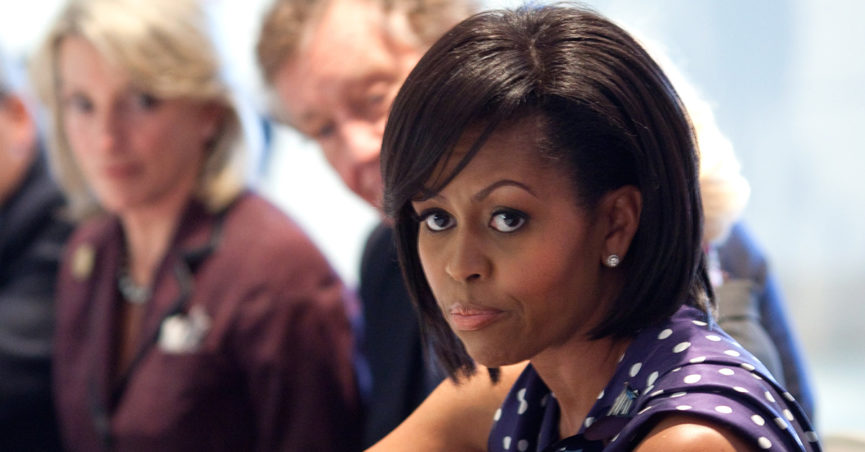 There are racists in the United States and there are racists all over the world because some people are terrible. There is no doubt that there were racist attacks made against the Obama’s during their Presidency and I had seen some of them. They were disgusting and deplorable, but that is not America.

The whole of America is not the fringe extremist ideologies, which Michelle should know, seeing as her husband won not one, but two Presidential elections.

“The shards that cut me the deepest were the ones that intended to cut,” Obama insisted. “Knowing that after eight years of working really hard for this country, there are still people who won’t see me for what I am because of my skin color.”

But one person who refuses to RSVP to the former First Lady’s pity party is outspoken Hollywood conservative James Wood, who took to Twitter to respond to the interview.

What? One personal 747 and 32 assistants weren't enough for her eight year vacation on your dime? https://t.co/2HsKhWtDcp[5]

Hard to believe she is married to a man who was one of the most memorable Presidents in American history. You would think she was tied up and abused for 8 years the way she speaks.