It’s a good thing we aren’t in a nation-wide financial crisis right now or I’d be worried about how much of my tax dollars are going toward sending the First Lady and her children[1] on lavish trips that will cost well over a quarter of a million dollars in flights ALONE! 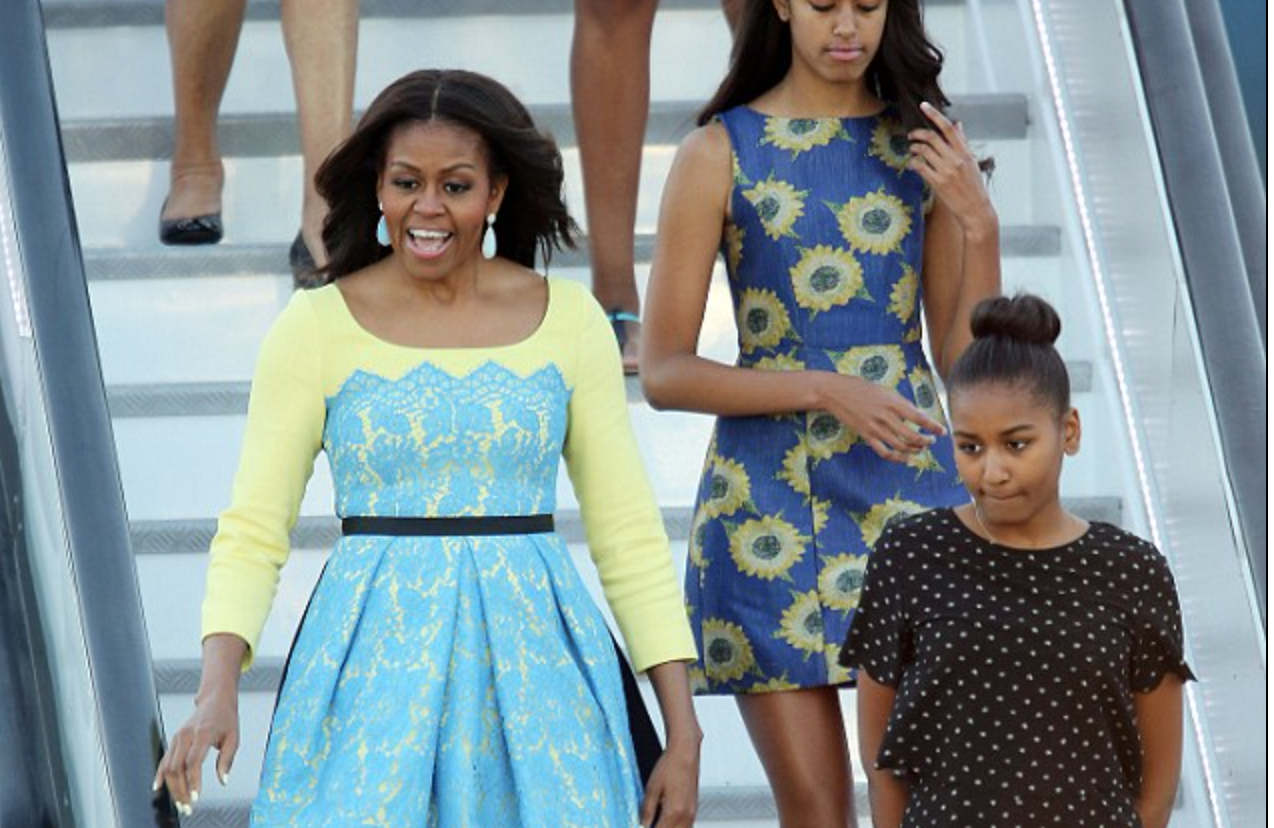 Michelle Obama plans to promote her year-old global girls’ education initiative during upcoming stops in Liberia, Morocco and Spain on what could be her final solo overseas excursion as first lady.

The White House announced Wednesday that the three-country trip is booked for June 27-July 1. Her traveling companions are daughters Malia and Sasha, and her mother, Marian Robinson.

Actresses Freida Pinto and Meryl Streep are lending their star-power to the first lady’s Africa appearances.

The trip is likely to cost hundreds of thousands of dollars in tax-payer money, according to expense reports from the First Lady’s prior trips to the African continent.

Mrs Obama racked up $424,142 on travel and expenses for the plane crew on her 2011 trip to Botswana and South Africa.

The plane that Mrs Obama usually travels on costs $11,684 an hour to operate, and with about 25 hours on her upcoming trip – the bill should amount to a little less than $300,000 just for flying alone.

In Liberia, Mrs. Obama is scheduled to visit a Peace Corps training facility in Kakata to meet with girls and young women participating in an empowerment camp. The stop is meant to highlight the Peace Corps’ role in the Let Girls Learn initiative, along with support from the U.S. Agency for International Development.

The first lady also plans to visit a school in Unification Town, Liberia, to speak with adolescent girls about their obstacles to getting an education. Pinto, an advocate for girls’ education, will moderate the discussion. Liberian President Ellen Johnson Sirleaf will join Mrs. Obama during the visit.

Streep, also a girls’ education advocate, is scheduled to accompany Mrs. Obama in Marrakech, Morocco, for another conversation with adolescent girls that is to be moderated by CNN’s Isha Sesay. The visit will also highlight U.S. commitments through the Millennium Challenge Corporation, an independent U.S. foreign aid agency, and USAID to help Moroccan girls attend and stay in school.

While the mission is quite noble, do we really have to pay that much to help educate children overseas?