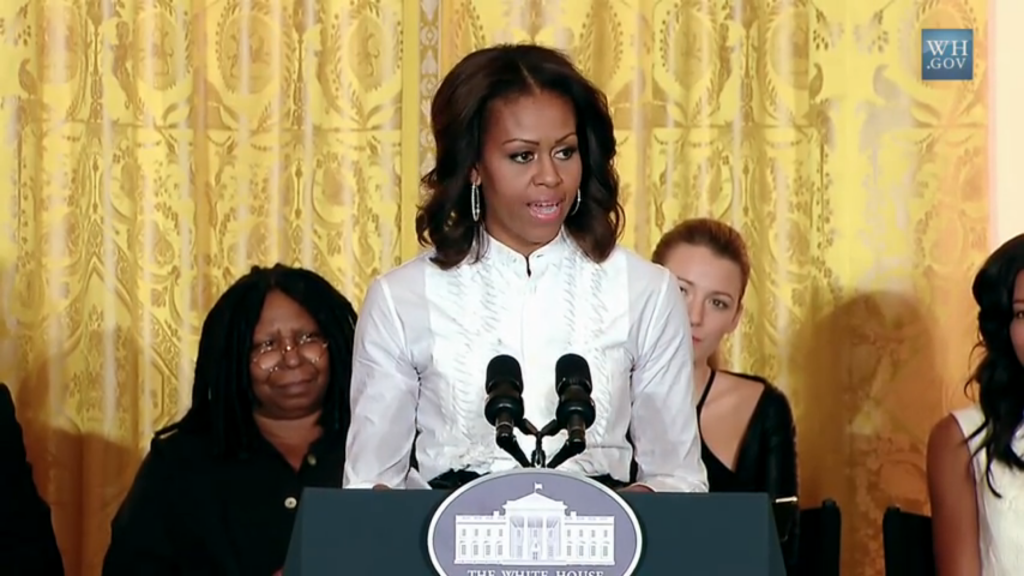 Are we shocked that Michelle and Barack are such fans of sex creep Harvey Weinstein that they even sent their daughter to intern with him?

On Thursday, it was finally reported that film producer Harvey Weinstein is facing decades worth of accusations of sexual harassment from women in his many workplaces.

Harvey Weinstein is a 65 year-old film producer and film studio executive who co-founded Miramax with his brother Bob in 1979. Harvey won an Oscar for producing Shakespeare In Love and was on hand to produce movies including Pulp Fiction, Clerks and The Crying Game. As well, he won several Tony Awards for producing stage shows including The Producers and Billy Elliot the Musical.

In 2013, a New York Post film critic accused Weinstein of producing anti-Catholic films including Philomena, a 2013 film about the forcible adoption of an Irish woman’s son, who was taken away by nuns. Upon traveling to the States from Ireland, the mother finds her son was gay and died of AIDS and was later told by them that his death happened because her mother had a baby out of wedlock.

In 2013, White House archives show that Michelle Obama referred to Weinstein as a “wonderful human being” in October of 2016.

“…I want to start by thanking Harvey Weinstein for organizing this amazing day. Harvey. This is possible because of Harvey. He’s a wonderful human being, a good friend and just a powerhouse.”

While attending a 2013 fundraiser hosted by Weinstein, Barack Obama thanked Harvey for his “friendship and support” while praising his “amazing movies.” Weinstein has donated almost $600,000 to various Democrats and has hosted and attended more than a few pricey fundraisers for both the Obamas and the Clintons.[5] Some good news: Some Democrats have already returned his donations. There’s some good people in the world after all! Even across the aisle, lots of people don’t like taking money from harassers. (But they’ll vote for Bill?)

There’s another thing to consider: Malia Obama worked an internship at the start of this year with Weinstein when she was 18. Michelle Obama had previously said that Malia wanted to be a filmmaker and in 2015, she interned with another gross liberal sexual abuser, Lena Dunham on Girls. And before that, in the summer of 2014, she interned on Extant, a scifi show produced by Steven Spielberg and others which has now been cancelled.

If you want to watch Michelle thank Harvey, I’ve skipped ahead to the 43 second mark where she mentions him: