THE NERVE! Michelle Obama Responds To John Lewis SKIPPING Out On Inauguration 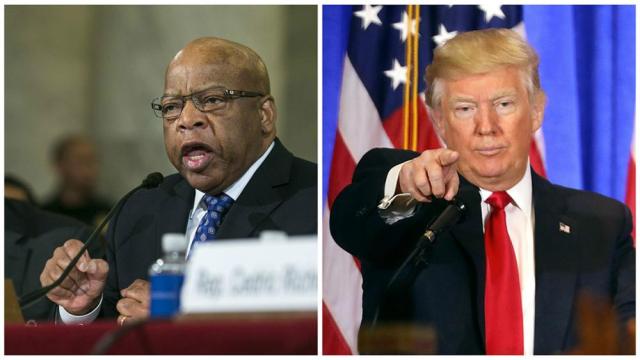 For those who are not familiar with who John Lewis is, here is a quick update. John Lewis is a Georgia politician with a rich history in the civil rights movement. He was the youngest of the “Big Six” leaders of the movement. He helped organize the march on Washington. He personally marched and worked next to Martin Luther King Jr. and advocated the non-violent effort to end segregation and racism.

According to ABC News[2]:

After a Friday interview in which Lewis said Trump was not the “legitimate” president because of alleged Russian interference in the election, Trump responded on Twitter Saturday, writing that Lewis “should spend more time on fixing and helping his district, which is in horrible shape and falling apart (not to mention crime infested) rather than falsely complaining about the election results. All talk, talk, talk – no action or results. Sad!”

Trump’s accusation that Rep. John Lewis is “All talk… (and) no action…,” struck a chord with many. For a survivor of multiple jailings and beatings as a result of his voice in fighting for civil rights, it had to be a troubling accusation.

But Michelle Obama has taken to twitter herself today and stepped into the debate.

First lady Michelle Obama on Monday tweeted her support for Rep. John Lewis (D-Ga.), who is in the midst of a very public feud with President-elect Donald Trump.

“Thinking of Dr. King and great leaders like @repjohnlewis who carry on his legacy. May their example be our call to action,” said the tweet posted on the first lady’s account on Martin Luther King Jr. Day.

Young Conservatives had their own interpretation of the tweet saying:

Rep. John Lewis (D-GA) started the feud by calling President-elect Donald Trump’s win “illegitimate” and due to a Russian conspiracy.

Michelle Obama supporting this kind of rhetoric proves what we’ve known all along, the Obama’s don’t care about our constitutional republic.

She clearly wanted to endorse the ‘illegitimate’ claim of Lewis without actually having to say it.

“May their example be our call to action?”

Not sending too much of a signal, encouraging people to carry on actions against Trump’s legitimacy. Pathetic.

What do you think? Was this a legitimate tweet or was it just more contention? 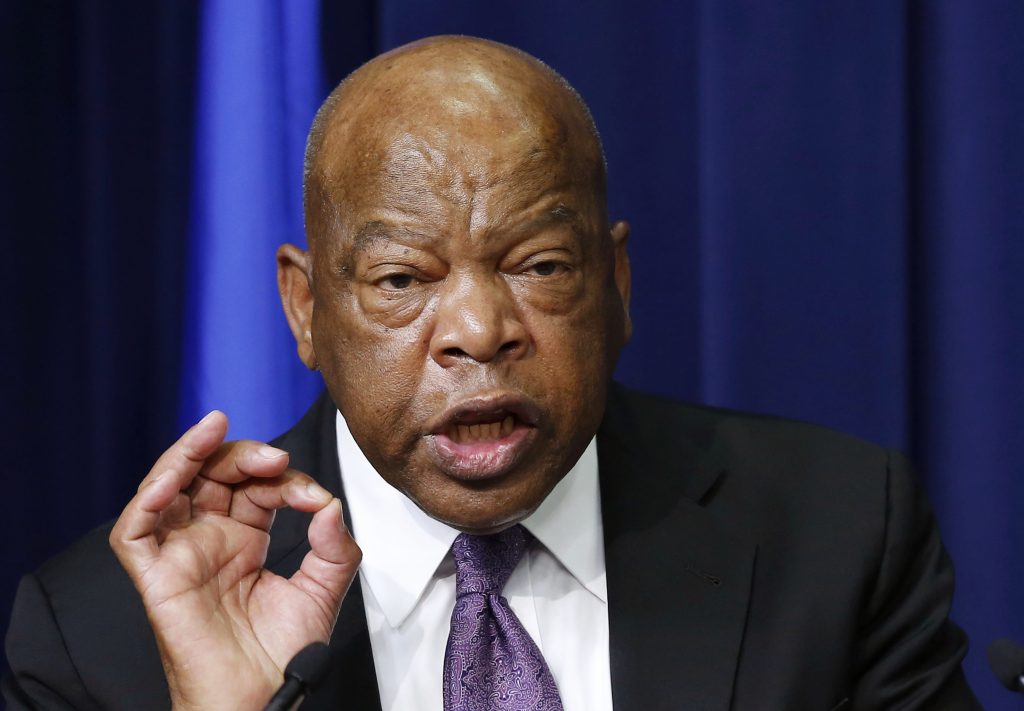 U.S. Representative John Lewis speaks before he helps unveiling the Harvey Milk Forever Stamp at its dedication ceremony at the White House in Washington May 22, 2014. The ceremony marks the first day of issue for the stamp honoring Milk. REUTERS/Larry Downing (UNITED STATES – Tags: POLITICS SOCIETY) – RTR3QG78