SHE’S BACK! Michelle Obama Is Well Rested And Ready To TORMENT America Once Again – ONE Guess How…

We all knew this day was coming[1], but nothing quite prepares you for the reemergence of Michelle Obama. She will give her first speech later this month at an architectural conference in Florida. No confirmation that it is a paid gig yet, but you know it is. And a hefty one. Both Barack and Michelle also signed a book deal worth millions just recently. This is that perk that comes with the presidency gifting them obscene amounts of money after leaving office if they choose to speak and write. And the Obama’s are all in just like the Clintons were.

Barack Obama is reportedly spending a month in French Polynesia to work on his memoir and now Michelle is hitting the speaking circuit. It takes a lot of money to foment a revolution. But I’m sure while they are gone, Valerie Jarrett is in control as she’s always been. It’s funny[2], the AIA Conference page doesn’t say a thing about Michelle Obama’s Marxist background or her radical leanings[3]. They paint a glowing pictures of her and headline it as a once-in-a-lifetime chance to meet the former First Lady. No thank you. 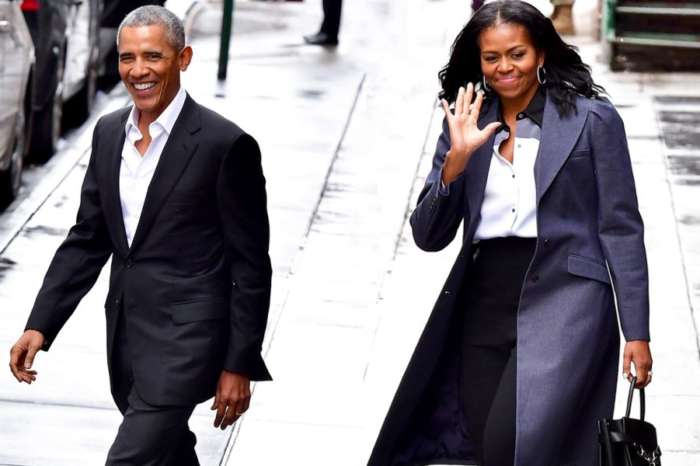 From the Washington Examiner[5]:

Former first lady Michelle Obama will return to the national spotlight with a speaking engagement at an architecture conference in Orlando, Fla., later this month.

She will sit down for a “conversation” in the afternoon of April 27 at the event held by the American Institute of Architects. No other details on the subject of the discussion were shared.

“Michelle Robinson Obama served as First Lady of the United States from 2009 to 2017, transforming the position and becoming a role model, champion, and inspiration for women, families, and young people across America and around the world,” says the webpage[6] on which Obama was announced as a speaker.

The website also highlights four initiatives launched and led by Obama during her time in the White House, including “Joining Forces” and “Let’s Move!”

It is unclear whether this is a paid speaking engagement. AIA did not immediately return a request for comment.

Michelle Obama, much like her husband, will bash President Trump every time she gets a chance and can slip a dig in. We’ll never be rid of her. You will hear about Mooch incessantly in the media ad nauseam. And you’ll hear how lovely she is, how toned her arms are and how natural her hair is. Give me a freaking break.

I’m sure that Michelle’s calendar is already booked for months in advance as the left simply cannot get enough of her. It will be interesting to note where she speaks as that will tell you a lot about people. I’d prefer if I never heard of the Obamas ever again, but I guess my wish will never be granted. 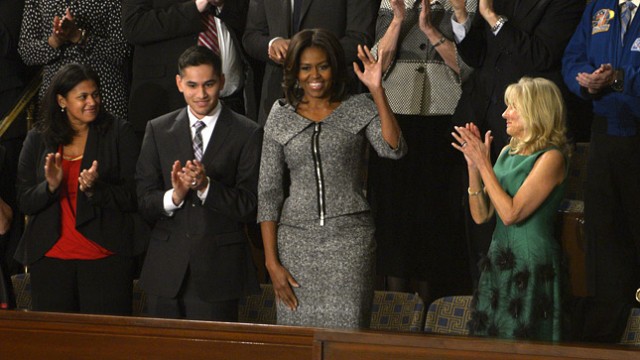