Saudi Arabia has finally joined the rest of the developed world here in 2017 by finally allowing women to drive.

The decision came by royal decree and will finally allow women to acquire drivers licenses. This will be enforced as of June 2018, but it is a huge leap in the right direction for women’s rights in Muslim-majority countries, something American feminists have been largely silent about. 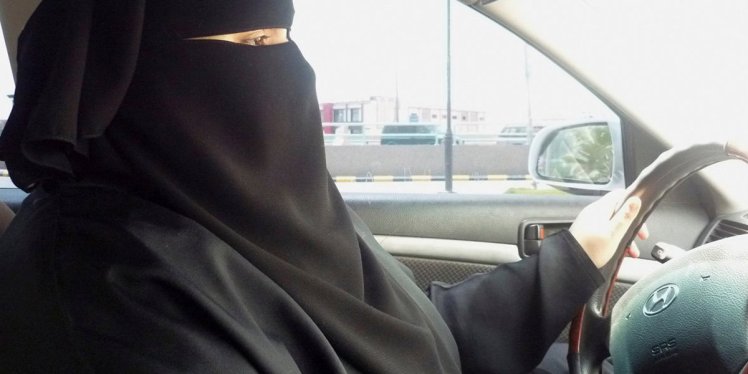 Social media was quick to celebrate this welcome change in policy.

Unfortunately, the decree also mandated that the change needs to “apply and adhere to the necessary Sharia standards,” but did not elaborate on what those might be.

Keep in mind this is a country where women are legally forced to wear headscarves and long robes, and must be accompanied by a male guardian for most activities.

The decision comes after women began protesting the fact that the country would not allow them to drive. In 2010, 40 women drove in multiple cities, protesting the arrest of Manal Sharif, the movement’s leader, who was arrested. Her crime? Posting a video of herself driving.

One woman was arrested and sentenced to a punishment of 10 lashes. The punishment was later overturned by the King. The rest of the women arrested were made to sign documents stating that they promised not to drive again.

In 2013, a cleric claimed that driving damaged women’s ovaries and attempted to cite medical studies to prove it. 60 women took control of a vehicle and drove in protest. Other complaints stated that females driving would increase promiscuity leading to the collapse of the Saudi family. Many questioned how men would react seeing a woman driving a car next to them. (As if it’s the woman’s responsibility to control how men behave by giving up her freedom.)

This is a success for actual feminism, not that crap liberal women preach about in the streets while wearing vagina costumes and hanging tampons from their ears.

While women are claiming to be oppressed in the United States, actual oppression of women is taking place overseas in places like this. These are the kinds of things they should be striving for, not trying to rid the world of white, cis-gendered, Christian men and their opinions.

Saudi Arabia still has a long way to go, but eventually we will get to a place where they no longer have to be escorted by men and they aren’t legally obligated to cover themselves from head to toe.