Mike Pence is done playing games[1] with North Korea and he made if brutally clear this weekend that the United States is prepared to take this all the way with the Hermit Kingdom if they force us to. Pence referred to both the launch of 59 Tomahawks missiles against a Syrian airbase and dropping the MOAB on Afghanistan. Looks like they were meant as a warning to North Korea after all.

North Korea would indeed do well not to poke the American badger. This is no longer the weak Obama presidency… it is the Trump Doctrine and he has unleashed our military to defend not only the US, but our allies and the defenseless. We do want peace, but it is obvious that North Korea does not and is not backing down. And for all those assuming that China is now our friend and will intervene, not so fast. China and Russia have dispatched intelligence-gathering vessels from their navies to chase the USS Carl Vinson nuclear-powered aircraft carrier, which is heading toward waters near the Korean Peninsula, multiple sources of the Japanese government revealed to The Yomiuri Shimbun. It now seems[2] that both countries aim to probe the movements of the United States, which is showing a stance of not excluding military action against North Korea. Forces are strengthening warning and surveillance activities in the waters and airspace around the area. This is well beyond tense and extremely dangerous. 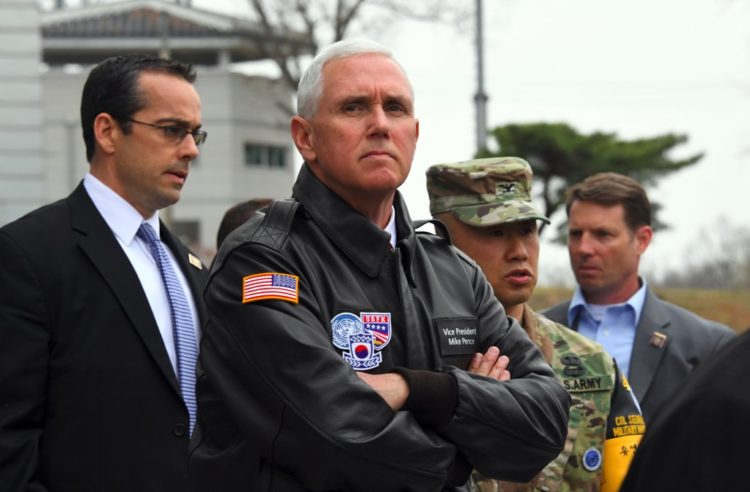 Vice President Mike Pence issued a stark warning to North Korea by reminding the country that the United States bombed both Syria and Afghanistan this month.

“Just in the past two weeks, the world witnessed the strength and resolve of our new president in actions taken in Syria and Afghanistan,” Pence said in a statement alongside South Korea’s acting president Hwang Kyo-ahn Monday.

“North Korea would do well not to test his resolve — or the strength of the armed forces of the United States in this region.”

Earlier during his trip, Pence said he hopes the issue can be resolved peaceably.

“We’re going to abandon the failed policy of strategic patience. But we’re going to redouble our efforts to bring diplomatic and economic pressure to bear on North Korea. Our hope is that we can resolve this issue peaceably.”

Vice President Pence arrived in South Korea shortly after the North Koreans attempted a launch of a ballistic missile that was aimed at Japan. It blew up almost immediately and within moments of that event, my sources were emailing me saying that the US conducted a cyber strike against the NoKos. I have no way of verifying that, but it would not surprise me. North Korea held a huge military parade this weekend that displayed their military might, which included a new missile. Purportedly the type that blew up upon launch. These are missiles they claim can reach the US.

“The president and his military team are aware of North Korea’s most recent unsuccessful missile launch,” Secretary of Defense Jim Mattis said in a statement. “The president has no further comment.” And that alone should scare the crap out of the NoKos, but of course, they are murderously insane, so it won’t. Pence and Trump are both aware we are very close to war now. Notice that the Chinese called the Russians for help with the North Koreans… not America. 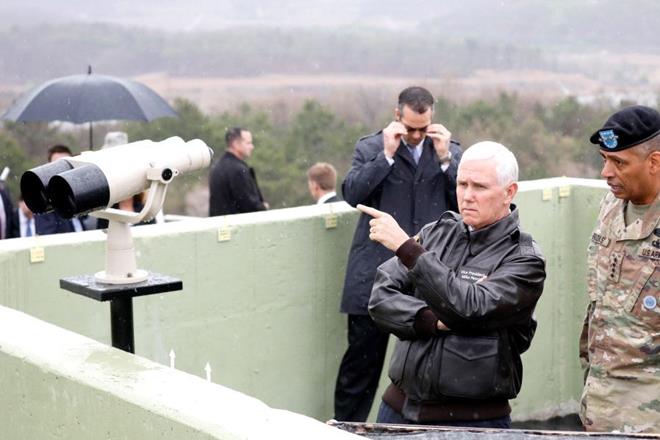 President Trump is a firm believer in being nice, until it’s time to not be nice. So is John Hawkins and you can read more on his strong stance in his new book ‘Things Young Adults Should Know’. It’s an excellent read and great advice: