Today, Vice President Mike Pence[1] will make history at the 44th annual ‘March for Life’ rally in Washington, DC. He will be the first sitting Vice President to ever speak at the march and Americans are thrilled over it. The march has been pretty much ignored for the last eight years, while we had a President and Vice President who condoned the butchery of the unborn. That’s no longer the case. Just as Ronald Reagan and George W. Bush called in for the event, so will President Trump.

Pence will be there along with a number of members of the Trump administration making an emphatic statement that this is indeed a pro-life presidency. Vice President Pence’s speech will be one for the record books and I look forward to it today. By doing this, Pence is forcing the media to cover the March for Life and I think it is just brilliant. I love this. It is long, long, long overdue. 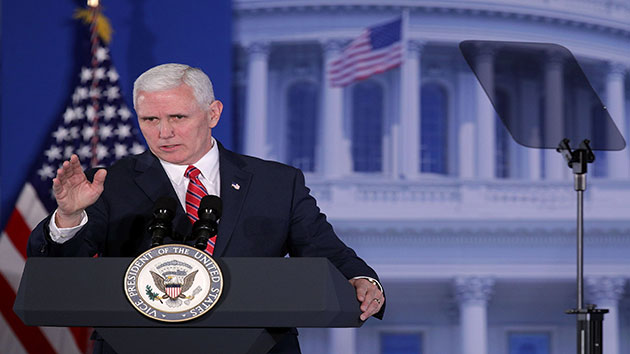 But then on Thursday morning, the March for Life[3] website posted updated security information and an extensive list of items that would be confiscated if brought into the rally: 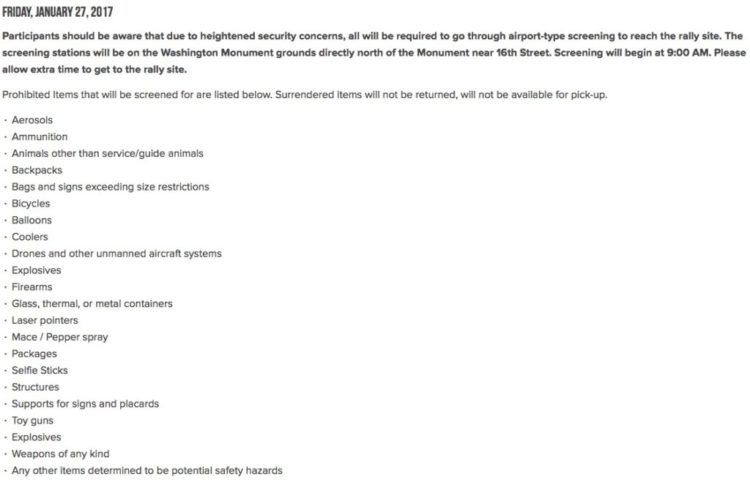 And shortly afterward, the White House dropped the other shoe: the extra security was because Vice President Mike Pence had accepted the invitation[5] to speak at the March for Life, making him the first sitting VP ever to do so. 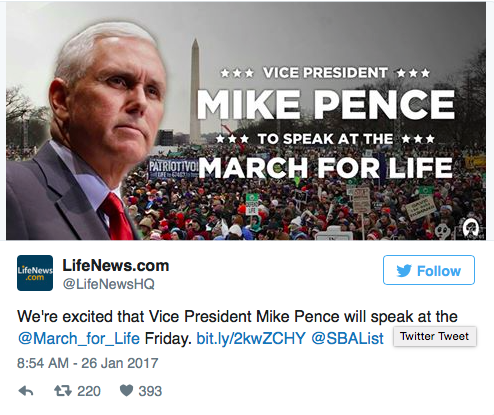 Presidents Ronald Reagan and George W. Bush addressed the pro-life rally[7] in 1987 and 2003, respectively, but did so via telephone.

The media is now in the crosshairs.

Now, let’s all sit back and watch as lefties and the media vilify the hundreds of thousands who will show up to fight for the most innocent.

Stay safe out there, people!

This is the 44th time the march will take place since Roe v. Wade made abortions a federally protected right. It was like sanctioning the sacrifice of the most innocent on a bloody altar. As previously was the case, hundreds of thousands of pro-life proponents are coming from every state in the union. I’m sure they initially expected little coverage, but that has all changed since Mike Pence, a man of deep Christian faith, has stepped up to bring it front and center.

Rumors have been stirring for a while that this would happen and it was finally confirmed this week. Kellyanne Conway announced that she planned to attend the event. During his first post-Inaugural interview with ABC News, President Trump also indicated that his administration would have a strong presence at the event and then he lambasted the media for failing to cover the March for Life in years past. By yesterday, March for Life was announcing added security and it was confirmed that Pence would be there speaking. Good for Pence and Conway, and good for President Trump… this wins major points with me.