Mike Pence’s Neighbors Go After Him, Hang Something Strange Just Outside His House

There are a LOT of people in the United States that don’t like Vice President Mike Pence, specifically because of his stance on the LGBT community. So, it’s no surprise when his home in Aspen, Colorado was targeted by his pro-gay neighbors.

They decided that they were going to, I don’t know, teach Pence a lesson? They decided to hang a little decoration outside of the driveway that Pence and the couple share. I don’t understand the point of antagonizing someone because they have a different point of view than you, especially when you have to live next to them. It seems to me that these people were desperate to make the news and would do just about anything to make it there. 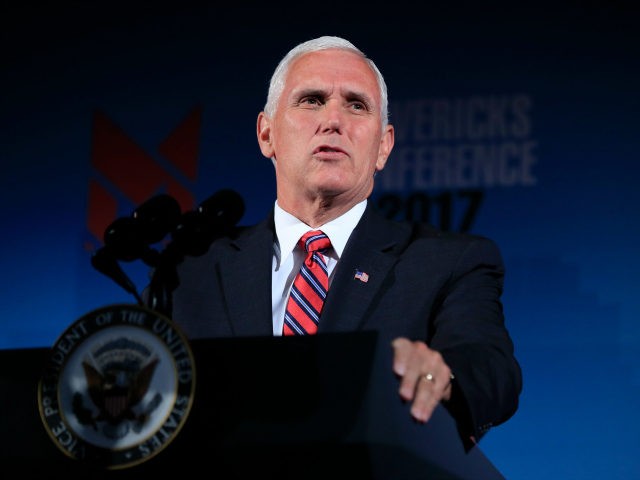 So what exactly did they do? They hung a rainbow flag on the mailbox, upon which is printed “Make America Gay Again.” Now of course this sentiment is ridiculous for a number of reasons, not the least of which is the fact that the population of gay people is minuscule compared to straight. Homosexuals have never measured in greater number than the rest of us, so I don’t know what this “again” nonsense is about. I’m sure they were trying to be cheeky, but this is just kind of lame.

Now as an interesting twist, the Secret Service agents who are stationed at the home allowed the woman to place this banner on the stone pillar, saying “we’re not here to control your free speech rights.” The woman then fed the Secret Service agents corn muffins and chili. She wasn’t trying to be rude about her stance and she showed respect for the men who are protecting the life and property of the Vice President, despite the fact that she disagrees with his social opinions. Honestly, I wouldn’t be offended if we saw more of this kind of thing in the United States. You may not agree with someone, but that doesn’t mean you HAVE to be a jerk.

This young woman made her opinion known, she fed the Secret Service agents and she went about her way. There are very few people who can argue with what she did. Now I personally wouldn’t have gone as far as to put the banner up, partly because that seems like a waste of a rainbow flag to me, but it all comes down to the person.

What would you do if you came home to something like this? Let us know in the comments!