Liberals have been engaging in impeachment fantasies since the day Donald Trump took office. While that seems unlikely to happen, that hasn’t stopped liberals from coming up with more and more ridiculous scenarios — like the idea that Mike Pence is setting up a shadow campaign to replace Trump in 2020. And now, Pence himself is addressing those rumors[1]. 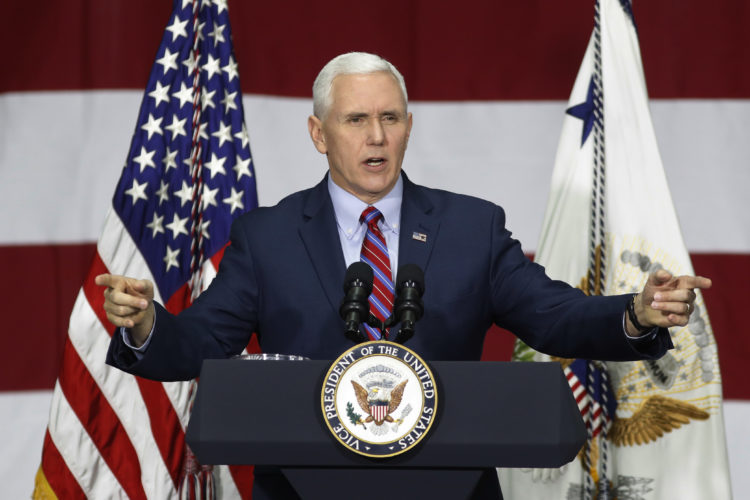 The New York Times kicked off the speculation with a story alleging that Pence is working behind the scenes to mount his own secret campaign, with the goal of becoming president himself. But Pence slammed the Times for running what he called “fake news.”

A statement released by the White House had Pence call the piece “disgraceful and offensive,” and “laughable and absurd.” “Today’s article in the New York Times is disgraceful and offensive to me, my family, and our entire team,” he said. “The allegations in this article are categorically false and represent just the latest attempt by the media to divide this Administration.”

Written by Times reporters Jonathan Martin and Alexander Burns, “Republican Shadow Campaign for 2020 Take Shape as Trump Doubts Grow” alleged that Pence is looking to create an “independent power base” for himself. While not directly saying that Pence was planning to oppose Trump in 2020, it still points out that Trump’s future in politics is unclear and in jeopardy.

The article also noted that Pence has formed a fundraising committee, called the Great America Committee and hired a political operative, Nick Ayers, as his chief of staff. Pence aide Marty Obst also reportedly said that Pence “wanted to be prepared to run in case there was an opening in 2020.” But all of this is completely false, according to Pence.

“Whatever fake news may come our way, my entire team will continue to focus all our efforts to advance the President’s agenda and see him re-elected in 2020. Any suggestion otherwise is both laughable and absurd,” he said in response. “The American people know that I could not be more honored to be working side by side with a president who is making America great again.”