Flying an American flag upside down can be considered disrespectful. So when a Marine saw a local McDonald’s doing just that, he couldn’t just drive by and ignore it — he decided to take action. 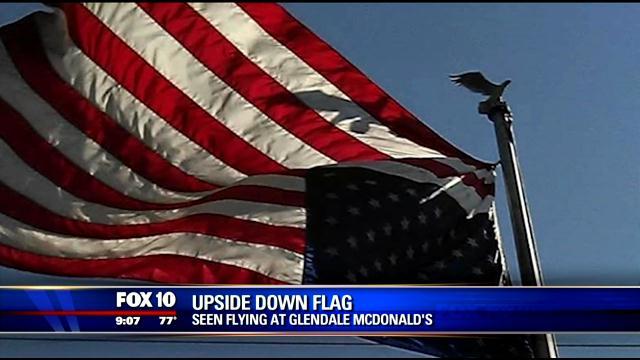 “I actually thought it was plain disrespect that someone would raise our own nation’s flag upside down,” Marzeleno told KSAZ-TV.

Marzeleno, who is a Marine reservist, said he made a U-turn, then — because an upside-down flag is a sign of distress — took a look around the area to make sure nothing was wrong. When he didn’t notice anything out of the ordinary, Marzeleno didn’t go inside the restaurant, but decided to take action himself.

“I actually went to try to lower the flag, but it was knotted in such a way you couldn’t lower it, so I went to the car, I got my knife and I cut the rope,” Marzeleno said.

Franchise owner Steve Lanini, who served in the Marines himself, said the flag was raised upside-down by accident and that the restaurant meant no disrespect by it.

It might have just been an accident, but it still really shouldn’t have happened — was there not a single employee who noticed? Regardless of how it was able to happen, this Marine did the right thing, and the owner owes him his thanks.