Most people probably didn’t know it was possible to become locked inside your car with seemingly no way of freeing yourself. Unfortunately, James Rogers didn’t know either, and died along with his dog after he was locked into his Corvette. 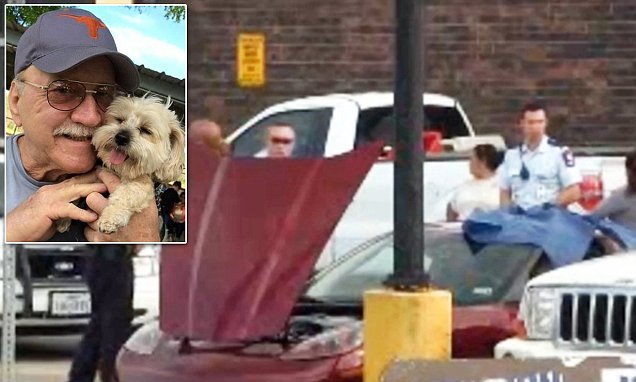 A U.S. Army veteran from Texas and his dog were found dead after an electronic malfunction apparently caused the pair to become trapped inside the man’s sports car.

Police believe Rogers became trapped inside the car with electric locks and windows after a battery cable came loose and locked the doors and disabled the horn, NBC affiliate KBMT reported.

The 2007 Corvette does not have manual door lock, leaving Rogers and Leia unable to escape and likely dying of heat, according to KBMT, quoting fire officials.

Rogers was not able to call for help because he had mistakenly left his cell phone in a nearby Waffle House, according to NBC affiliate KFOR reported.

… There is a manual release lever safety feature next to the driver’s seat closest to the door, a feature listed in the car’s handbook — but many owners are not aware of it, experts said.

If this is a common issue, that drivers are not aware of a release lever for situations like this according to “experts”, then perhaps Corvette dealers should be doing a better job of informing people of where that lever is before they leave the lot, along with explaining how the automatic electric locks work. If someone had taken the extra two minutes to do so when Rogers bought his Corvette, then maybe he would still be alive today.