After Angry Bikers and Veterans Promise to Visit, Ex-Con Squatters in Soldier’s House Change Their Tune

Julio Ortiz and his girlfriend have found out the hard way that you don’t want to make veterans mad at you. The ex-con, who has multiple arrests for offenses like car jacking, selling drugs on school property, and robbery, had squatted in Spc. Michael Sharkey’s home while he was deployed and then, stationed in Hawaii. Initially, he refused to leave — but he’s suddenly changing his tune. 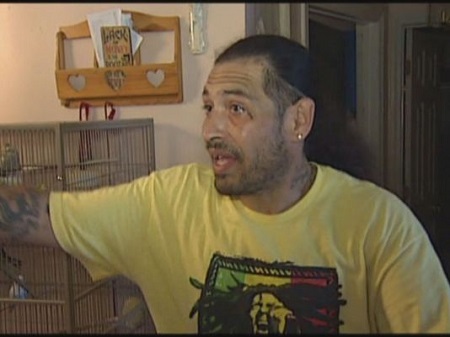 Indeed Sharkey tried going through law enforcement to remove Ortiz and Cardoso, but that turned out to be in vain – sheriffs said it’s a civil matter and would take a court order to evict them since they established residency.

As you might guess, all of this has made other veterans and supporters of Sharkey absolutely livid.

Lauren Price of Veterans Warriors told WFLA that Ortiz picked the wrong house to squat in, adding that she’s heard from veterans around the world who want to help. An attorney was secured who would handle the eviction process for free. Volunteers have since come forward and agreed to keep a close watch on the property to deter vandalism.

Then WFLA reported that two Tampa motorcycle clubs filled with veterans were planning to ride over to the Sharkey residence on Sunday “and peacefully make the squatters uncomfortable.”

Ortiz apparently realized that veterans are the last people you want to get on the wrong side of. The military is a family — not only did they organize to chase Ortiz out of the home he had no right to be living in, but Veterans Warriors is also organizing a cleanup and remodel of the home that Ortiz trashed.