Allah? Watch As Muslim Terrorists Get A Special Surprise From The Heavens… As It Goes BOOM!

And… they exploded![1] Good times. The soldiers of Allah got a nasty surprise as they were going for a stroll. Death from the heavens rained down on them and it was glorious. The Caliphate and ISIS are spreading across the Middle East. It has encompassed Iraq and Syria and is making great strides in Afghanistan and Africa. They enslave, rape, torture and murder as they go, leaving a trail of dead bodies and carnage in their wake. Regardless of what lies Obama spouts, there is no containment here; there is expansion. So, I take great joy when I see any of these demonic scum get sent to hell where they belong. Case in point. 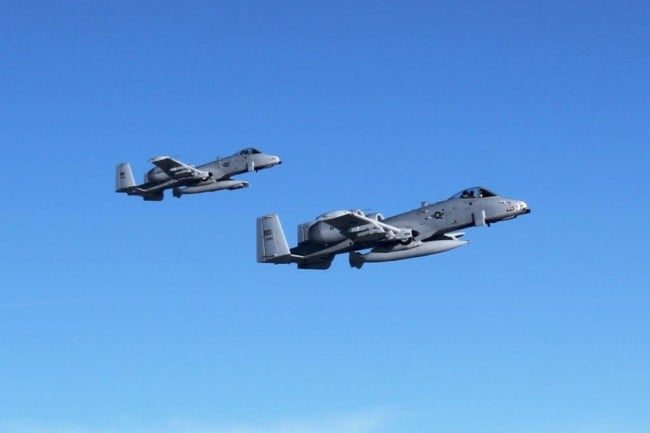 The Islamic State group has created a self-proclaimed Islamic caliphate[3] in Iraq and Syria, and is waging a horrifying battle for the control of the largely Sunni Muslim population in the region.

Despite much of the world being opposed to the group’s barbaric behavior, and quite contrary to remarks from President Barack Obama, the radical Islamists of the Islamic State group are not “contained[4].”

In truth, the fundamentalist Islamic State group has now moved beyond the borders of Iraq and Syria and set up shop in several different countries, most notably Afghanistan[5] in central Asia, Yemen in the Arabian Peninsula, and Libya in North Africa.

While the Kurds are the ones truly fighting the Islamic hordes, some bombing runs and strikes are occurring from France, Russia and the US. This is one of those. The following combat footage shows an airstrike on an Islamic State group compound, which likely claimed the lives of several Jihadists. No tears here… just the hope that many more will follow them into death. The Jihadists can be seen milling about the compound and then suddenly becoming aware of an approaching missile a mere split second before it strikes the building. Though some of the fighters attempted to escape the imminent explosion by running, they didn’t get very far before the blast sent them flying through the air. I am fairly certain they won’t be getting back up. They are pretty much pieces parts. If someone truly wanted this scum gone, there would be many, many more dead Jihadis out there. Until a true leader emerges in the US, I guess we’ll have to settle for the occasional happy event.