Allen West: Folks, Here’s What I Find VERY ODD About What Happened With Iran and Our Navy

There’s no question that the Obama administration has significantly weakened our military. But that has never been until Iran was able to take our sailors prisoner — and Allen West has some questions. 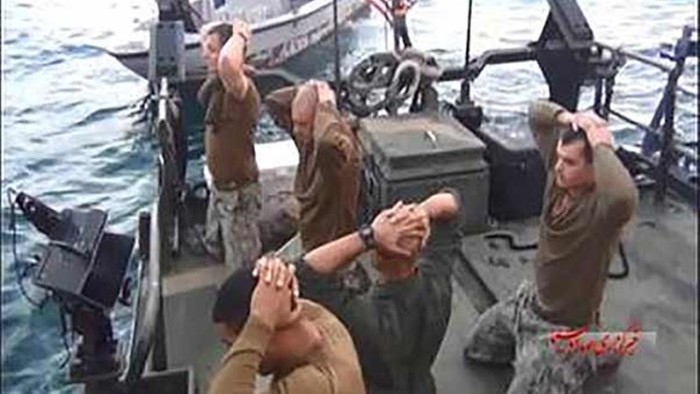 There are so many moving pieces surrounding this Riverine Assault boat seizure incident and the capture of 10 U.S. sailors. The pictures of our sailors on their knees, hands over their heads, is being displayed all over the world, and paraded about by our enemies. This is an utterly embarrassing moment and is not in keeping with the great traditions of John Paul Jones and Stephen Decatur. But I thought it important to take the time to provide an analysis of what we do know.

… First of all, I find it odd that these Riverine craft were operating on an excursion from Kuwait to Bahrain. Why were they not hugging close to the coast line? Now, I also find it perplexing to be told that the engines of the boats malfunctioned. If that were the case, an immediate call should have been made and at least, aerial surveillance and support should have been dispatched. The next thing would have been immediate dispatching of a recovery vessel to support these two boats. Regardless of one or two boat engines malfunctioning, what should have happened after a distress call was all hands manning the boat weapons. They should have been in an immediate defensive posture to secure themselves until recovery was complete — or they were back underway.

I find it rather disturbing that any Iranian watercraft were able to approach these two heavily armored assault boats. My question would be, was the on-board radar equipment operable? If so, then the approaching enemy craft would have been detected. That being the case, the officer in charge should have reported contact, verified that they were not friendly, and taken action to defend his position, his boats. That means warning shots should have been fired, if not heeded, and then the full power of these assault boats levied against the enemy watercraft — with situation reports being sent to higher command. We need to know why exactly those actions were not taken — and if the young officer in charge was told to not take any action. And if so, by whom.

… Iran has been emboldened. And I must ask, were our weapons returned or were these sailors set back upon the open waters defenseless? How much of our riverine assault craft technology and comms equipment had been compromised?

This is not as John Kerry, a former naval officer, stated. We showed no strength in our ability to negotiate. Our strength should have been in reporting that Iranian naval vessels attempted to seize two U.S. naval vessels, were engaged and then sunk. Our sailors recovered several Iranians from the sea who are being held. That is the message that should have been sent.

Instead the message is that the Americans surrendered and we also got $150B from them — ain’t that a daisy!

I pray this is not the result of the neutered Navy under the auspices of SecNav Ray Mabus, who’s more concerned about gender neutral duty positions. One thing for certain, there is one word to describe all of this.

There is a lot about this situation that brings up a lot of questions. Unfortunately, given the Obama administration’s penchant for secrecy, we likely will never know the answers.