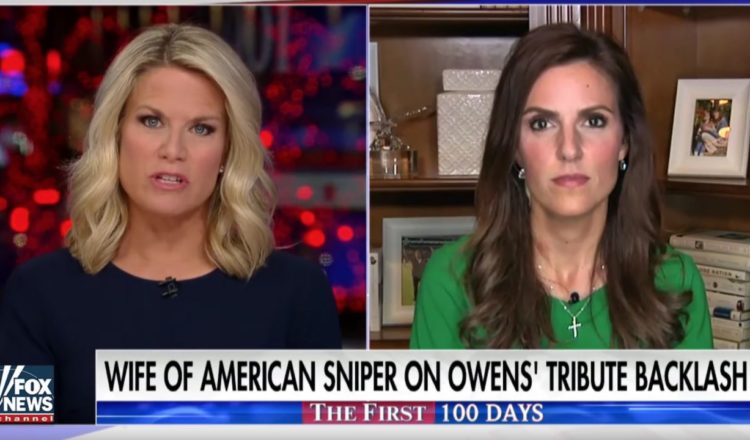 Michael Moore crossed a line again this week. He decided to respond to Donald Trump’s recent speech where he spotlighted and acknowledged the sacrifice of a former Navy SEAL. He felt it was necessary to explain that moment was just artificial, insulting the widow of the fallen Navy SEAL.[2]

But American Sniper Widow, Taya Kyle, was not afraid to speak out boldly about the audacity of Michael Moore. And it will make you love her even more than you already do!

Kyle noted, “It makes me sick to my stomach, it makes me angry. Because [Moore] is saying two things when he says that to me, that…she’s a fool and doesn’t know she’s being used and that is ridiculous. It couldn’t be farther from the truth. It’s also saying that this wasn’t warranted…”

Responding to Moore’s comments about Carryn Owens being a “poor woman,” Kyle said, “She [Carryn] is strong. She is anything but a poor woman or a poor widow…She’s lived a life where she had to be strong. And this is another step in her journey of being stronger than she wants to be.”

Luckily we have amazing female role models like this woman who are willing to speak up and defend themselves and each other. The interview given on Fox was powerful and can be watched below.