This may be the most outrageous and petty things you’ll hear regarding a man who should be considered a hero. Evidently, Army Secretary John McHugh sympathizes more with terrorists than he does with the service members whose lives are in danger, because he just stripped a Green Beret of his Silver Star for daring to shoot a terrorist making IEDs. 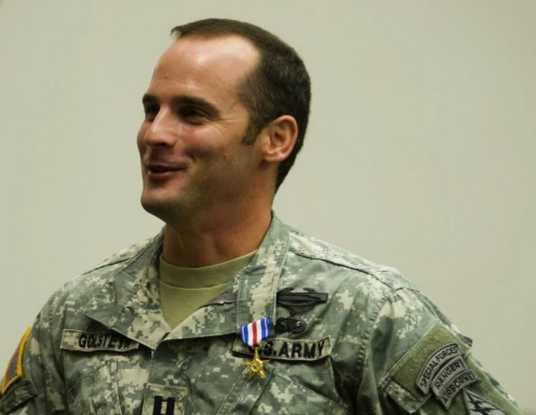 A group of House lawmakers is moving to strip the armed services’ civilian leaders of the power to revoke combat valor awards in response to Army Secretary John McHugh unilaterally canceling the Silver Star, one of the military’s highest honors, for a former Green Beret officer.

Mr. McHugh took the action against Maj. Mathew Golsteyn, who braved repeated enemy fire in Afghanistan, even though he has not been charged with any offenses. The Army now is seeking to release him with a less-than-honorable discharge. The officer plans to fight the move, his attorney says.

The secretary acted after the CIA informed the Army that Maj. Golsteyn, during a polygraph exam for a job application, told of killing a terrorist who was making improvised explosive devices (IEDs), the weapon that has killed more Americans in Afghanistan than any other. The Army also removed Maj. Golsteyn from the elite ranks of the Green Berets.

Rep. Duncan Hunter is leading the charge to prevent this kind of political decision from being made again, because that’s absolutely what it is. The Army can’t charge Maj. Goldsteyn with anything, because there’s no evidence of it — so instead, the Army Secretary targeted him in a shameful way. Despicable.