An ordinary theme among some anti-Trump protesters is that the president is a racist and has used his executive power to ban all Muslims for good. These claims are made because protesters refuse to read the facts stated on the executive order that allows for “extreme vetting”[1] of refugees from seven terror-ridden nations.

Nothing to do with Muslims and it’s a temporary freeze on immigration. 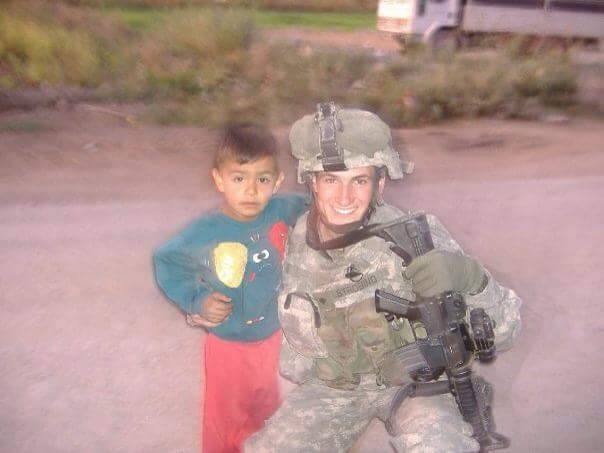 With Iraq being one the seven countries that fall under the ban, there is one U.S. Army infantryman and Sergeant, Jay Strobino, who took thirteen bullets for America in that country and has a little to say about the recent freeze and how it is vital to our safety that we get a good vetting system going.

He told us what it was like to patrol the streets in Iraq and have to maneuver and work with the locals:

“There aren’t rules and there isn’t a system of loyalty in Iraq. One thing we did on my first tour was help with the vegetable, meat, and grain markets.

We had a certain set of rules established for the market. The meat needed to come from a certified butcher for health-related reasons. 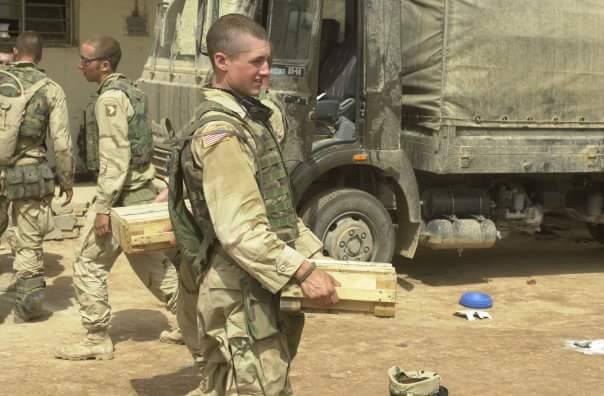 That didn’t matter to many of the merchants, though. They slaughtered cows in the street. The beef could have been diseased, they didn’t care.

We constantly struggled with these merchants on a daily basis. They would yes you to death, but then you would leave. Later on that day or the next day, you’d be back because they butchered another cow.”

Strobino explained that it was extremely difficult to identify the good guys from the bad guys:

“We were patrolling in the city once at night. Some guys took shots at us from the alleyway. So we fired back.

It left a blood trail. So we followed the blood trail for about 200 meters. It led to the end of this alley which led to a house.

The last drop of blood was on their front step. We knocked on the door and the owners came out.

We started telling them about how we found blood. They said they knew nothing about it, even though there were gunshots ringing out by them, and the blood was right there.”

Then he disclosed how one man that offered to help his unit had a hidden agenda:

“There was one guy who helped us a few times with odd jobs, manual labor mainly. He established trust, so we let him into our compound.

We ended up finding out from our interpreters, that he was gathering intelligence on us. Our interpreter told us that he was reporting to others about where we slept, what our positions were, where the guards were the strongest, stuff like that.”

Strobino made it clear that one of the hardest issues his unit faced was figuring out who they could trust:

“There were varying degrees of confidence. You could talk to someone one day, and he would say yes, yeah, yeah. The next day, he wouldn’t do what he was asked, or, he might even attack you.”

He also warned folks around the nation that, “The people who hated America or had no loyalty to anything were willing to do whatever to get ahead or hurt Americans. So it’s easy to understand the reason for the ‘extreme vetting,’ it will hopefully ultimately make our country a safer place for everyone.”