The Bear and the Dragon Encircle the Eagle 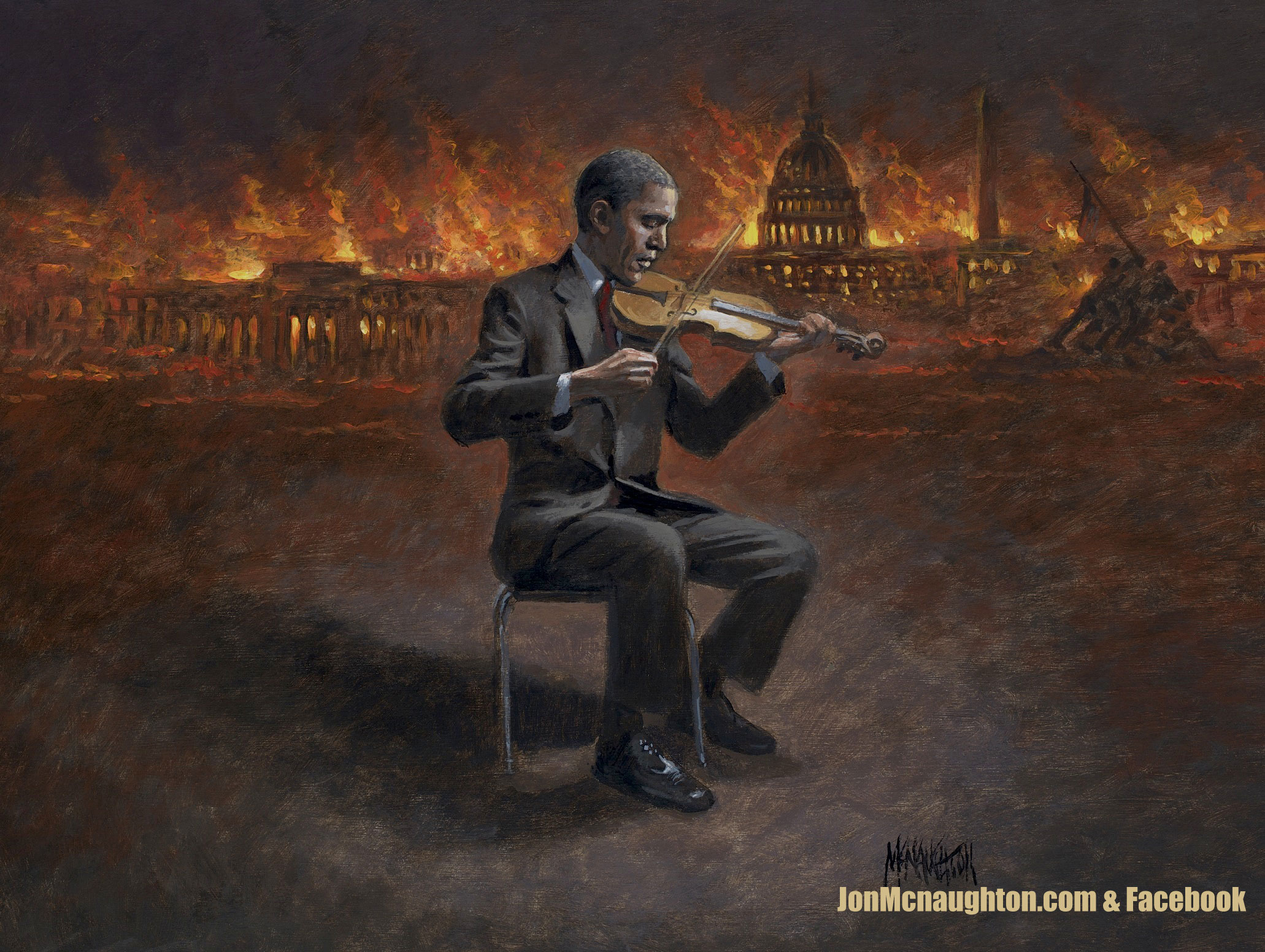 The Demise of America[2]

In the light of Obama’s disastrously weak and intentionally ineffective foreign policy hijinks, over 90 percent of our military do not support the President. Listen for yourself:

Fmr. Navy SEAL Carl Higbie: Over 90% Of Troops Do Not Support Obama[3]

Our military generals and brass are also at odds with Obama and what does Obama do over it? He says he knows better than our military leaders and just to follow orders — meanwhile, quit spying in Europe[4] (or pretend to at least – the alternative is to leave us even more vulnerable to our enemies, which may be the point). Well, that is getting old. The military sees what is coming and it isn’t pretty. It’s not just ISIS and the Caliphate either. They are fronts and tools for Russia in the end. The Russian Bear and the Chinese Dragon are closing in for the kill and Obama, the Arsonist-in-Chief, fiddles while America burns — and smiles as he imagines the demise of the Land of the Free and the rise of Islam.[5] While Obama bombs various countries, claiming he is destroying ISIS, it is more akin to pinpricks and foreplay than serious warfare. He is arming the Syrian rebels[6] and I hate to state the obvious, but the rebels are al Qaeda and ISIS. Obama is warring against Assad[7]. All smoke and mirrors… and on the surface it makes absolutely no sense. On the one hand, Obama is colluding with Iran to fight ISIS… and on the other, fighting Assad. When in fact Iran supports Assad and ISIS. As in the end, I believe Obama does as well. None of this is real fighting — it is political war theater. In the end, we are distracted from the real RISK players — Russia and China.

This last week saw the continuing invasion of the Ukraine by the Russkies and the world yawned. Did you know both the Ukraine and Russia are now speaking of nuclear war[9]? I’m not so sure it’s just posturing, or that the world should treat it like the ‘boy who cried wolf.’ Putin is a monster and if dropping a few nukes[10] furthers his empire, well… you have to break a few eggs to rule the world. The Pope says we are in the opening salvo of WWIII and on that point, I agree.

Sweden has now summoned[11] the Russian Ambassador for a dressing down after two Russian planes violated Swedish airspace last week. They have also raised their military readiness over these incursions and the Ukraine situation. Sweden views Russia as a clear and present threat, and so they should.

Lest you think Russia will just leave us be, think again. Russian nuclear bombers just buzzed[12] Northern Europe and Alaska — again. They are testing a nuclear bear hug for us and we shout ‘dandelion!’ and off we go in the wrong direction. Nuclear sabre rattling will eventually give way to war.

A day later two more Bear bombers were intercepted by Canadian CF-18 jets in the western area of the Canadian air defense identification zone near the Beaufort Sea, north of Alaska, he said.

The Russian bombers did not enter U.S. airspace but flew within 63 miles of the Alaskan coast and 46 miles of the Canadian coastline, Davis said.

Defense officials think this was timed by Putin for the visit of Ukrainian President Petro Poroshenko to the US and Canada. Could be, but any excuse will do. Russia will continue to probe our defense limits and assess our military weaknesses, which are substantial currently.

Putin is now bragging he could take the capitols of five countries within two days if he chose to do so. Just two days ago[14], he threatened to invade Poland, Romania and the Baltic states:

“If I wanted, in two days I could have Russian troops not only in Kiev, but also in Riga, Vilnius, Tallinn, Warsaw and Bucharest,” Mr Putin allegedly told President Petro Poroshenko of Ukraine, reported Süddeustche Zeitung, a German newspaper.

Warming up for conquest:

“The approaching aircraft were identified as two Tu-95 Russian Bear H bombers,” he said. “The Russian flights originated in the Barents Sea and went through international airspace down to the North Sea off the Dutch coast.”

The Russian aircraft flew in international airspace “close to NATO territory” but did not violate allied airspace, the officer said.

Oh… and when it comes, he’ll unplug Russia[15] from the Internet:

The Kremlin is considering radical plans to unplug Russia from the global internet in the event of a serious military confrontation or big anti-government protests at home, Russian officials hinted on Friday.

President Vladimir Putin will convene a meeting of his security council on Monday. It will discuss what steps Moscow might take to disconnect Russian citizens from the web “in an emergency”, the Vedomosti newspaper reported[16]. The goal would be to strengthen Russia’s sovereignty in cyberspace. The proposals could also bring the domain .ru under state control, it suggested.

Cutting the country off from the Internet and social media is definitely a prelude to war. Remember, we no longer have Radio Free Europe as a way to reach oppressed populations — and believe me, once the Eastern Bloc citizens are cut off from the West, they’ll know they are, once again, being oppressed — and by having come to rely almost solely on the Internet as the channel to former Soviet satellites, we have effectively enabled a narrow choke point, easily throttled by a hostile government.

Russia is also staking claim to the arctic and building up their military presence there. Two military bases are being built at Wrangel Island, on the arctic Chukchi Sea north of the Russian Far East and on Cape Schmidt, also on the Chukchi Sea. They are also deploying attack submarines in the region.

China doesn’t want to be left out[17] either and she is on the move as well. China is planning to deploy nuclear subs near our coasts and to build military bases in the South China Sea. While Russia is loudly and brashly moving forward, the Chinese are methodically and quietly taking over space, cyberspace and the oceans.

As the Russian Bear and the Chinese Dragon encircle the American Eagle, looking for our weak spots and seeking the kill… the US is besieged by as many enemies within her ranks as from without. As if they are all in a race to kill her off. But America won’t die so easily and there are many, many who will defend her to the end – within and without her borders… within and without her military ranks. Our enemies might poke the American Eagle, but she still has fight left in her.

We are at war with Islamic barbarians and the Caliphate. But make no mistake, we are also at war with Russia and China, and the chill of what we used to call the Cold War begins to thaw as the monsters come out of hibernation. The world is just beginning to wake up to it.