All eyes have been on North Korea, but they’re not the only country that has been causing trouble. Now tensions have been building in the Persian Gulf and the Iranian military just tried to tangle with a United States destroyer. Unfortunately for Iran, it went very badly for them[1]. 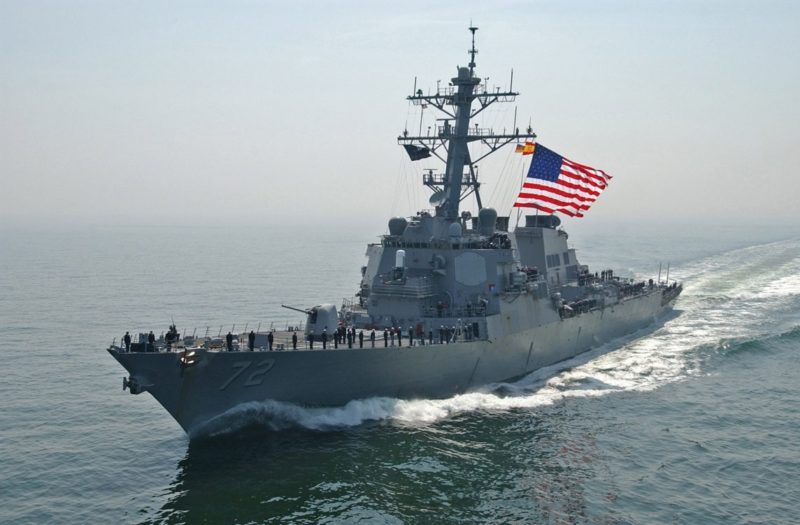 Monday, an Iranian Revolutionary Guard “fast attack craft” came within 1,000 yards of a United States guided missile destroyer, the USS Mahan. The Iranian ship had its weapons ready, forcing the Mahan to ready their own weapons, sound the danger signal and fire warning flares. The Mahan also had to alter its course to avoid the Iranian ship.

The warning flares were evidently enough to get the Iranian ship to to leave. But the message was clear. “Coming inbound at a high rate of speed like that and manning weapons, despite clear warnings from the ship, is obviously provocative behavior,” a spokesperson said.

This isn’t the first time the Iranian military has tangled with the Mahan. In January, the Mahan had to fire warning shots from their .50 caliber machine gun at four Iranian ships near the Straits of Hormuz. That time, the Mahan ordered the ships to stop using bridge-to-bridge radio communication, but the Iranian ships ignored it.

Incidents involving Iran have been increasing in recent years. In 2016, there were 35 interactions of harassment of Navy ships, more than a 50% increase from the previous year. It seems that the trend is continuing this year. Could it be possible that Iran — along with Russia, Syria and North Korea — are testing Donald Trump to see what they can get away with? Barack Obama had a policy of ignoring provocations. How will Trump respond?

In John Hawkins’ new book, ‘101 Things All Young Adults Should Know’, he teaches in chapter 16 of the book to be nice until it’s time to not be nice.

Diplomacy is important, but it can also only go so far. Being “nice” to foreign enemies is not good foreign policy and hopefully, Trump understands that.

How do you think Trump should respond to Iran?