Nothing makes me sicker than a case of stolen valor. Here’s the right way to call out someone that is clearly posing as a member of the armed forces – AND catching it on tape: 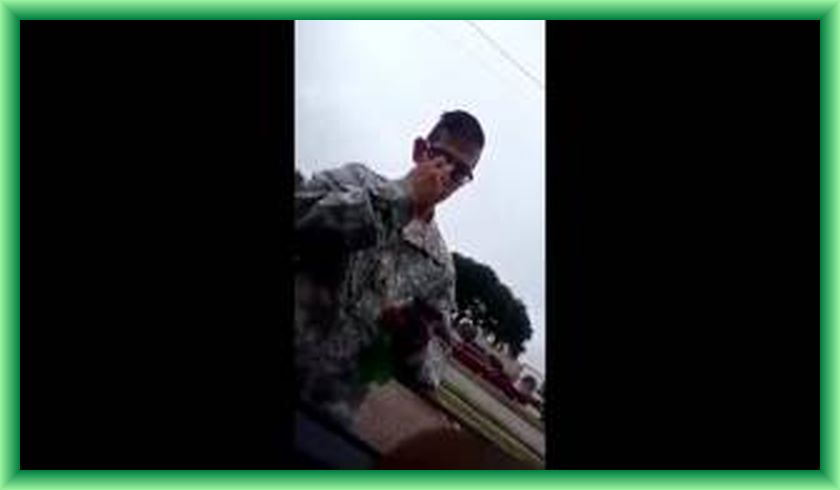 Omar Morales, a Veteran from Houston Texas, calls out a fake Ranger Sniper. He asks for the Veterans info so he can give it to a recruiter, Omar gives him fake information and then tells him he knows he is a fake. Kudos to Omar for keeping calm and calling out the POSer the right way.

MrStarsuicide 2 days ago
Stolen Valor have you read the stolen valor act of 2013 ?

Stolen Valor 2 days ago
+MrStarsuicide Yes, we have. Have you read the dissenting opinions of the original Stolen Valor act of 2005? Because, I know where you are going with this. No, he isn’t breaking the law technically, but we will call them out for lying.

Stefan Hohnwald 1 day ago
+Stolen Valor So while this person actually does not commit stolen valor and is technically not breaking the law you claim in your video title that it is stolen valor. Who’s lying now? You can call him out for whatever he does, however you should not misuse the term stolen valor.

MrStarsuicide 1 day ago
Stolen Valor you know your stuff which is all I wanted . So many people want to jump the gun . I just blocked several people . Now that I know how to do it a huge load has been lifted from my shoulders . They did know I was only talking to you right ? I mean you either read it or you didn’t.

mj walker 1 day ago
Excuse me sir, what unit are you in?

zaktatack 1 day ago
+Stefan Hohnwald If you’re wearing a uniform and claiming to be military when you’re not, it’s stolen valor. Ask any veteran what their opinion is on that. And then be prepared to get the shit smacked out of you when you try to argue it.

Nickuncle 1 day ago
+zaktatack Long as they know the law I’m content as well. Call these people out all day but be fucking smart with it too. A damn Marine vet got beat down by Airmen claiming he was stealing valor when the guy actually served. Don’t take the law into your own hands.

allcot 1 day ago
+MrStarsuicide I just did and it basically says you are doing this to gain money,property and favors by saying you received a military decoration or award.Now I still think these people are deplorable,but he did not actually break the law.You and me and others do not make this law and I do not agree with it but as they say tread softly before accusing people.I think 90 percent have mental issues.This is directed to you MrStarsuicide.

Stolen Valor 1 day ago
+Stefan Hohnwald Stefan really dude? How about look up the definition of Stolen Valor, while you’re at it look up the dissenting opinions of the justices who ruled against the original stolen valor act. They approved of what we are doing by publicly shaming liars with the truth.

While I know that this was not *technically* stolen valor, it is a pretty low-down, dirty thing to impersonate a member of the military. Maybe getting the crud scared outta him will make him knock off his act. What a clown.

Written by Katie McGuire[2]. Send your hate mail to the author at [email protected], or feel free to mean tweet me at @GOPKatie[3], where I will be sure to do very little about it.