An Air Force F-16 fighter jet collided with a small, private plane in the air near Charleston, SC on Tuesday. The jet pilot jettisoned to safety but all aboard the small plane were killed. 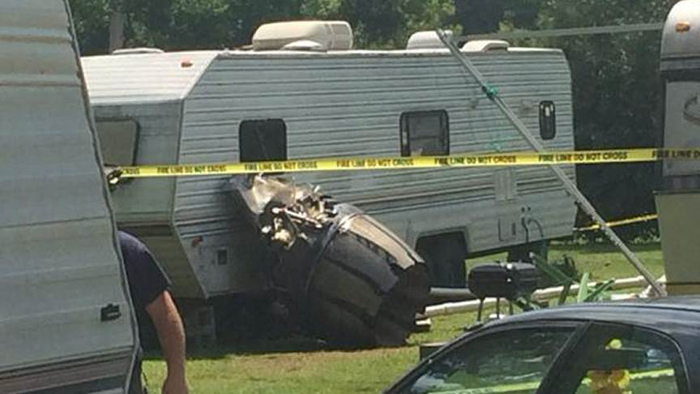 The Federal Aviation Administration is now investigating to see how the collision[1] occurred.

The Federal Aviation Administration said in a statement that the fighter jet collided with a Cessna C150 around 11 a.m. ET. The collision occurred roughly 11 miles north of Charleston.

A Coast Guard MH-65 helicopter lowered an EMT to the crash scene to assist with one injured person. Defense officials told NBC News that reports indicate the military pilot safely ejected from the F-16 before it crashed. The condition of anyone aboard the Cessna was not immediately clear.

The National Transportation Safety Board said it would send an investigator to the scene.

A witness told the station that he saw two planes collide in the air and saw a huge explosion, describing it as a “ball of fire in the air.”

A terrible accident, for sure.