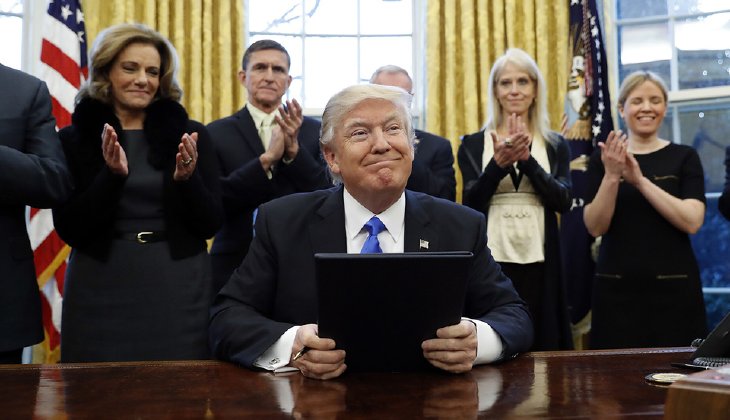 We know that Trump won on the immigration issue, but it’s not all Build-The-Wall this and bad hombres that.

It has now been confirmed that a long-standing policy of expediting citizenship claims through military service will continue. There may be entire countries under a temporary “travel ban,” but the policy that immigrants can earn their right to citizenship by dedicating themselves to the military will continue under Trump’s administration.

On Monday, Fox News reported[2] that they had received an email from Lt. Col. Myles Caggins that stated:

“Today’s service members are eligible for expedited citizenship under a July 2002 executive order and the military services have worked closely with the U.S. Citizenship and Immigration Services (USCIS) to streamline citizenship processing for service members.”

In other words, any immigrant who wants to speed up their citizenship can move the process along by committing themselves to the American military, and that there are “no plans to discontinue or modify the initiative.”

It wasn’t entirely clear until now whether this arrangement would continue. As reported in the Federalist Papers[3],

The closest Trump has come to addressing the issue was on Sept. 7, 2016, during a presidential candidates’ forum. He was asked by a woman who served in the military whether he thinks that a person living in the United States illegally who wants to serve in the U.S. armed forces should be allowed to stay in the country legally.

“I think when you serve in the armed forces, that’s a very special situation and I could see myself working that out, absolutely,” Trump replied.

Then, after speaking about the necessity to properly vet people, Trump said, “But the answer is it would be a very special circumstance, yes.”

Vetting citizens through military service for the nation might be one of the best ideas yet if you want to seek out immigrants and shape them into great new citizens.