If this doesn’t make you bleed red, white and blue for the rest of the year, I don’t  know what will. I mean, what’s more American than beer, Marines, Star Wars and helping veterans?

Star Wars star Adam Driver (better known as Kylo Ren) is a Marine veteran who has achieved his dream of becoming an actor. Now, he wants to give back, with the help of Budweiser’s “Folds Of Honor” program. 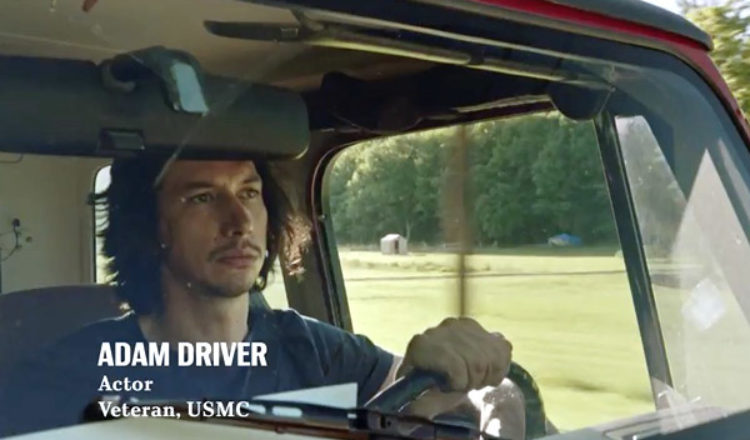 In the ad, Driver is seen traveling across the United States to meet Hayley Grace Williams, the daughter of Army vet John Williams, who was severely injured during a training exercise. Miss Williams wrote to the “Folds of Honor” program to apply for a scholarship, as she is currently studying to be a nurse.

Because of his injury, Williams was not able to go overseas and was medically discharged. His daughter has been forced to work 40 hours a week to pay for her final year of school, which is going to cost $44,000.

In her letter, Hayley explains that the weight she carries is so great that she may not be able to finish her final year of schooling.

That’s when Driver and Budweiser stepped in.

This is the kind of behavior we should see from everyone from Hollywood. While it doesn’t have to be veterans and/or their families receiving the charitable givings, everyone should help out, not demand that the government take my tax dollars to do it.

This is the most heartwarming thing I’ve seen all year and to be honest, it restores my faith in Hollywood. Like most conservatives, I’m quick to make blanket statements about actors and actresses being left-wing whine-bags, but that’s not entirely true. There are good people among the elites, but they’re not the ones who are screaming and demanding attention.

Also, now I have to stop making jokes about Kylo Ren. Crap.