I have never heard of a judge[1] doing something like this before. It’s just incredible. Judge Lou Olivera had to sentence a Green Beret named Joe Serna to a night in jail. Serna had a traumatic time in Afghanistan where his truck fell into a river and he was the only one who got out alive. When he got home, he suffered from PTSD and turned to alcohol to cope. He got into trouble and was on probation. When brought before the judge, he lied about a urine test, so Olivera had to hold him accountable and gave him one night for it.

But this isn’t just any judge. He’s a Gulf War Vet and knew what Serna was going through. So when he drove Serna to the prison to serve his sentence, the judge stayed with him that night in lockup. Serna snapped out of reliving the ordeal in the Middle East and came back to North Carolina where he and the judge talked all night about their families and their lives. When it was done, Serna made a vow to never screw up again. I’m sure the good judge will hold him to it. 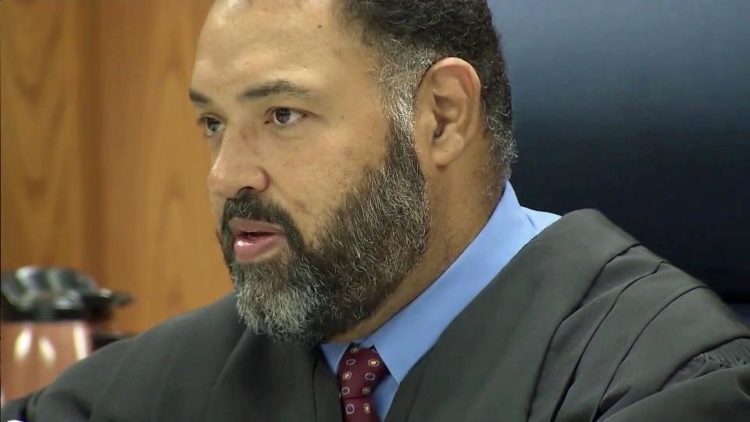 A North Carolina judge sentenced a Green Beret veteran to spend a night in jail. But when he remembered his own story and all he had gone through, he couldn’t just let him spend the night alone.

Judge Lou Olivera, a Gulf War veteran, is a district court judge over the Veterans Treatment Court in Cumberland County, North Carolina. He had to sentence Green Beret Joe Serna to one night in jail for a probation violation.

Serna, a recipient of three Purple Hearts, is retired from the military and is having a hard time adjusting back to life[3] after experiencing the battle of war in Afghanistan. Through his struggles with post-traumatic stress disorder, he turned to alcohol to help him deal with the issues he was having mentally.

This path of destruction soon lead him to the Veterans Treatment Court which helps struggling veterans get back on track. This is where Serna meet Olivera.

“When Joe first came to my court, he was so tight,” Olivera says. “His shoulders were so tense. Over time, you could see his shoulders relax.”

When Serna lied in court about a urine test, Olivera knew he had to hold him accountable for his actions. He sentenced him to spend the night in jail.

“He is a judge, but that night, he was my battle buddy,” Serna said. “He knew what I was going through. As a warrior, he connected.” And that was what Serna needed in that moment of his life… it was a pivot point for him. He could either sink all the way to the bottom, or he could take Olivera’s outstretched hand of friendship and survive. He chose the latter.

Judge Lou Olivera is a hero and a good, caring man. He couldn’t let a fellow soldier suffer as he knew Serna would alone. Olivera said he has never before spent the night in prison with someone he has sentenced and doesn’t know if he would do it again. But this time, it just felt right and he may very well have saved someone’s life. We need more judges like this. There is a time and a place for everything, including compassion[4]. 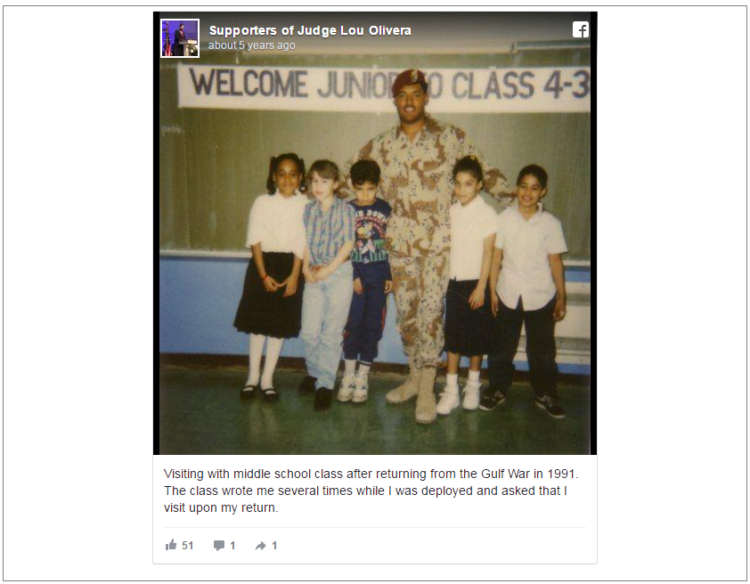