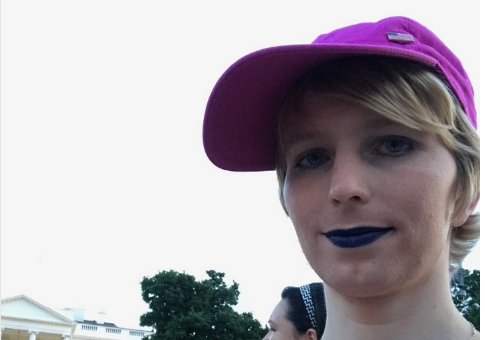 Bradley Manning has been seeking the spotlight for many years. First as a man in the Army he leaked over 700,000 classified military documents, then after being dishonorably discharged for the offense and sentenced to 35 years in prison for espionage, Manning successfully sued for and won the “right” to have a sex change procedure while in prison all paid for by the American taxpayer. The document leak was the largest in US history and endangered many men and women serving around the world. Manning’s arrogant lust for the spotlight cost this nation. Americans are less safe because of what he did.

But in 2013, after serving only a fraction of the sentence, President Obama shortened that sentence and the newly reconfigured Manning walked out of prison in May 2017 minus his man parts and with a penchant for garish lipstick. Manning insists he isn’t a traitor even though he fully admits leaking the top secret information. His dishonorable discharge makes him unqualified to be called a Veteran. But that didn’t stop him from tweeting out a ridiculous jab at the military on Veteran’s Day. He said, “Want to support veterans!? Stop sending us overseas to kill or be killed for your nationalist fairy tales. We can do better.” He emphasized this incredibly intellectual tweet with a row of emojis including a sunglasses clad smiley face, a rainbow and some hearts. See below.

The ensuing tweet storm was nothing short of fierce, with one response being particularly appropriate. It said, “For Bradley “Chelsea” Manning to refer to herself as a veteran is a slap in the face to those of us who served and are not traitors.” Indeed. See below.

Manning can identify as whatever gender he wants on the outside, though the DNA doesn’t lie. But he CANNOT legally identify as a Veteran. That went out the window when he decided to sell out his country. He is a traitor and a whiner. What he has to say is immaterial. He has zero credibility. And writing off the honorable mission of our military as a “nationalist fairy tale” is not only inaccurate it’s condescending and arrogant. 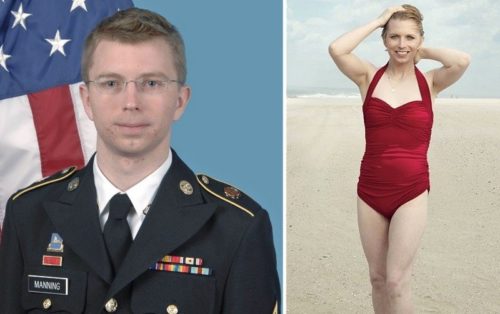 Coming from a guy who’s a girl that used to be a guy, and still is in any DNA test, these words are ludicrous. This man can’t even get his own life organized, let alone weigh in on the mission of men and women who are out there putting their lives on the line every day. He was literally released from serving his just punishment for espionage. And now uses that freedom to bash this nation. The American Left may adore you, Ms. Manning. LA and NY might laud and honor you. But the rest of us? We just want you to be quiet and show some respect.