When you lay down with demons[1], you invariably get screwed. Maybe someone should have explained that to former Secretary of Defense Chuck Hagel before he crawled into bed with Barack Obama and nestled among the vipers there in the White House. It was destined to end badly for the Republican. Poor clueless Chuck just can’t figure out why Obama’s minions would try to destroy him on the way out the door of the Pentagon when they already had his resignation. Silly Hagel… that is what they do. Chuckie baby crossed Susan Rice on Gitmo. He objected vociferously to the White House when Obama ruled out a Tomahawk missile attack on Bashar al-Assad after the Syrian dictator crossed the U.S. president’s chemical-weapons ‘red line.’ That all but guaranteed that the vindictive Obama Administration would shred him on the way out the door. 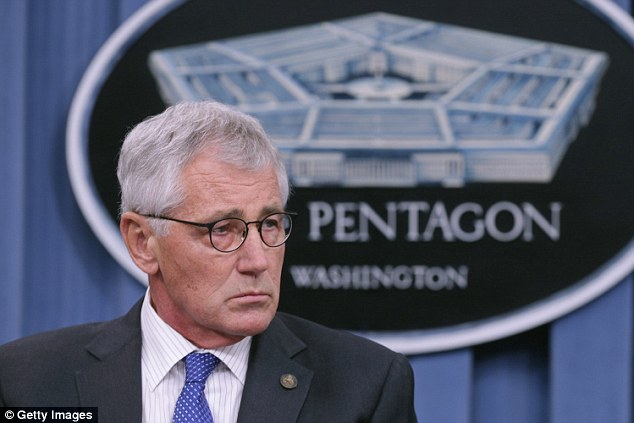 Former Secretary of Defense Chuck Hagel is accusing the White House of backstabbing him as he prepared to leave the Pentagon in 2014, saying the Obama[3] administration tried to ‘destroy’ him on his way out the door.

He told Foreign Policy[4] magazine in an interview published Friday that he doesn’t know why anonymous White House aides planted stories about why the president demanded his ouster.

‘They already had my resignation, so what was the point of just continuing to try to destroy me?’ he asked in the interview.

‘I don’t know what the purpose was. To this day, I’m still mystified by that. But I move forward. I’m proud of my service.’

He added that he ‘would have preferred that my days as defense secretary not end that way.’

The New York Times carried much of the water for backbiting White House aides as Obama publicly praised Hagel for his service during a ceremony in which the humiliated Vietnam veteran and former Nebraska senator never made eye contact with the commander-in-chief.

Of course the White House claimed that Hagel wasn’t up to the job. Let me translate that… they mean he wouldn’t blindly obey their every order. Hagel slammed the Obama Administration in the Foreign Policy interview he just did as well, insisting that the president should have followed through on attacking Damascus after dictator Bashar al-Assad crossed the now-infamous ‘red line’ and used chemical weapons in his country’s bloody civil war. Instead of pulling the trigger on the full-scale attack Hagel had prepared, Obama told his stunned Defense Secretary to stand down. Is anyone surprised by that? I know I’m not. In an instant, plans to hammer Damascus with Tomahawk cruise missiles fired from naval destroyers in the Mediterranean were scrapped, even though military commanders had their fingers on ‘fire’ buttons, waiting for the order to go. Obama is an Islamist and answers to Iran and Syria. There was no way he was going to fire on his buds and Hagel then had to go. To give Hagel credit, he took the high road when he left and was diplomatic concerning Obama. But he really should not have been shocked that the man who has betrayed his country and has done his level best to destroy it would turn on him as well. 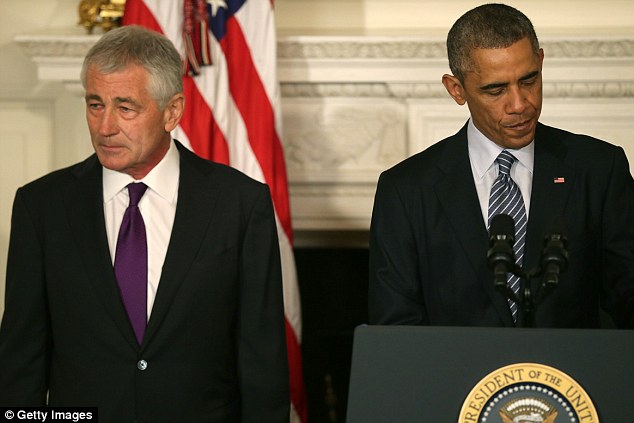