What an incredibly brave and selfless thing to do[1]! Those Georgia firefighters are true heroes and patriots. An Army vet who went to fight in the Vietnam War 50 years ago, received a Georgia state flag before he departed. It meant the world to him. He has Parkinson’s now and when a storm hit and set his house on fire, the firefighters came and saved his life. But they did so much more than that… they went back in, braving the flames and saved his flag and his meds that he depended on. That’s going far above and beyond the call of duty. 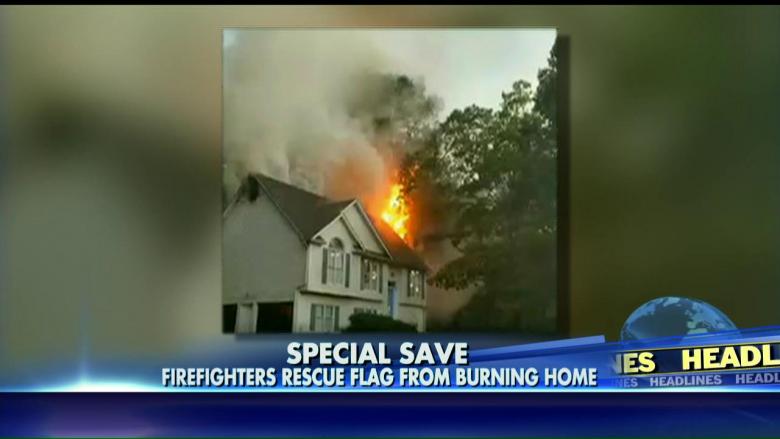 A group of Georgia firefighters went above and beyond the call of duty.

Don Pruitt was given a Georgia state flag nearly 50 years ago before he headed overseas to fight in the Vietnam War.

On Wednesday, Pruitt, who suffers from Parkinson’s disease, nearly lost that special flag when his Bartow County house caught fire during a storm.

Firefighters battling the flames went back into the Army veteran’s home to save the flag. They also saved his medication that he desperately needed.

Neighbors in his community have setup a GoFundMe page to help Pruitt and his family rebuild the home.

Check out the GoFundMe page here[4].

Lightning hit the man’s home and the house burned to the ground and is a complete loss. He has two teenage sons and is a veterinarian. If you ever felt like giving to someone, he could sure use your help at the GoFundMe link above. They need to rebuild their home. On top of all that, he just found out he has cancer as well, so this family has had a very rough go of it. Obviously he is a fighter and his community is supporting him there in Georgia. His wife is a nurse and cares for him. This family lost everything in that fire – they still have each other though. And thanks to some heroic firefighters, Don still has his flag.