This is embarrassing and moronic.[1] What did we expect? We are training so-called moderate rebels to fight alongside the Kurds against ISIS, but Obama won’t allow anyone loyal to Assad in the mix, so pickings are slim indeed. The few we have trained, immediately upon crossing the border into Syria, betray us and hand everything over to al Qaeda. Gee, I’m so shocked. This program was never serious – it is Kabuki theater. It’s a faux effort that never meant a damn thing. In the meantime, Russia and Assad are actually bombing the crap out of ISIS and making us look like the fools we are. This all feels orchestrated to me. 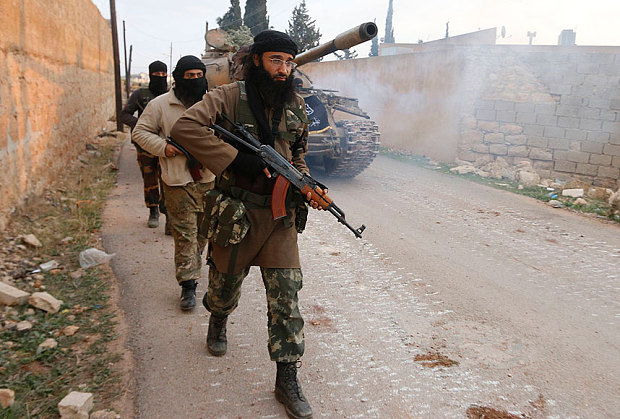 Jabhat al-Nusra, affiliated to al-Qaeda, took the technicals, guns and ammunition from the US-trained Division 30 in northern Aleppo Photo: Reuters

Pentagon-trained rebels are reported to have betrayed US and handed weapons over to an al-Qaeda affiliate immediately after entering Syria.

Fighters with Division 30 surrendered and handed over “all its weapons” to Jabhat al-Nusra in Syria, sources alleged on Monday.

The moderate rebel group was the first faction to graduate from a US-led training programme in Turkey which aims to forge a fighting force on the ground in Syria to fight against Islamic State in Iraq and the Levant (Isil)[3].

“A strong slap [in the face] for America… the new group from Division 30 that entered yesterday hands over all of its weapons to Jabhat al-Nusra after being granted safe passage,” tweeted Abu Fahd al-Tunisi, who purports to be a member of the al-Qaeda affiliate.

“They also handed over a very large amount of ammunition and medium weaponry and a number of pick-ups.” 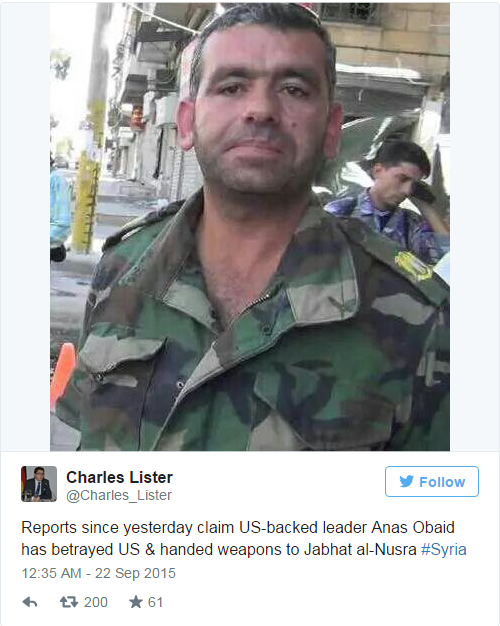 Abu Khattab al-Maqdisi, who also claims to be a Nusra member, added thatAnas Ibrahim Obaid, Division 30’s commander, had explained to al-Nusra’s leaders that he had tricked the coalition because he needed weapons[5].

“He promised to issue a statement… repudiating Division 30, the coalition, and those who trained him,” tweeted Maqdisi on Monday.

The Syrian Observatory for Human Rights (SOHR)[6], a pro-opposition UK-based watchdog, reported on Sunday that 75 Division 30 fighters had crossed into Syria from Turkey the previous morning with “12 four-wheel vehicles equipped with machine guns and ammunition”.

US Central Command said in a news release on Monday that about 70 graduates of the Syria Train and Equip programme had re-entered Syria with their weapons and equipment and were operating as New Syrian Forces alongside Syrian Kurds, Sunni Arabs and other anti-Isil forces.

“With support from the coalition, the NSF will fight alongside vetted opposition forces and employ their training and equipment acquired through the T&E programme,” continued the statement.

News of the surrender comes days after the resignation of Division 30’s chief of staff, who cited a lack of seriousness in the training programme.

In the statement, Lieutenant Colonel Mohammad al-Dhaher complained of insufficient numbers of trainees and fighters, inadequate supplies, and even “a lack of accuracy and method in the selection of Division 30’s cadres”.

The latest developments have only added to the scorn heaped on the much-criticized $500 million (£320 million) program, which aims to forge a 5,400-strong force of “moderate” rebels to combat Isil.

Division 30 has been hampered by problems almost from the outset, with rebels complaining of a laborious vetting process and an injunction against fighting forces loyal to Syrian president Bashar al-Assad[8]. 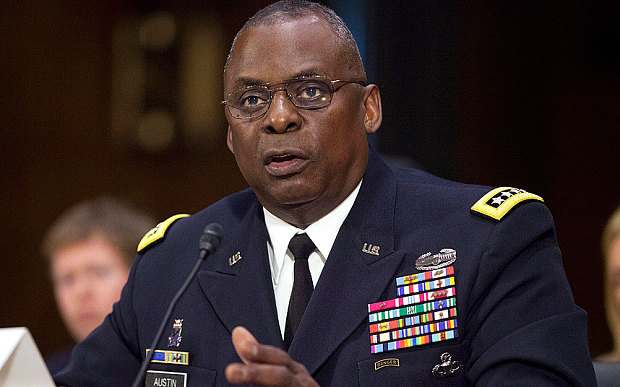 Last Wednesday, General Lloyd Austin, commander of US Central Command, shocked senate leaders in the armed services committee when he said the programme had yielded only a handful of fighters.

We throw $500 million at this and we get four or five fighters for all that money. In fact, I heard it was one… just one guy. This would be hysterical if it wasn’t life or death out there and if Obama wasn’t sucking the US dry of money on purpose and fueling the Caliphate with it. No one is taking this seriously over there. They are taking the money, guns, ammo and vehicles and arming the enemy with it – that means we are actively arming and supporting the Islamic State. The bad guys… the ones we are supposed to be stopping. Tell me how this is not on purpose? It is by design and cloaked in incompetence and mismanagement. This is indeed a strong slap in the face of Americans and the slap is coming from Barack Obama.