News broke last night that the United States was launching airstrikes in Syria after chemical weapons were used against civilians. It was a risky move, considering Russia has aligned itself with Syrian President Bashar al-Assad. Now, it appears that Russia might be preparing to retaliate[1]. 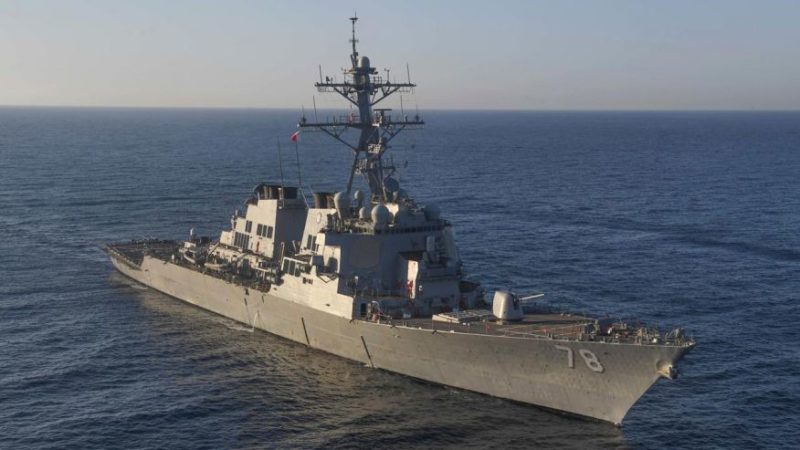 A Russian frigate, the Admiral Grigorovich RFS-494, has been spotted entering the Mediterranean Sea and is heading towards the two United States destroyers that launched the missile strikes. According to defense officials, the frigate crossed through the Bosphorus Sea earlier this morning from the Black Sea. It is armed with advanced Kalibr cruise missiles.

According to Russian news agency TASS, the frigate is headed for the Syrian port of Tartus on a “routine” voyage, according to Russian military sources. “The Russian ship armed with cruise missiles Kalibr will visit the logistics base in Tartus, Syria,” TASS reported the source as saying.

The frigate first stopped at Novorossiisk for supplies and then participated in a joint exercise with Turkish ships in the Black Sea. TASS says the ship will remain off of Syria’s shores for over a month. The Admiral Grigorovich participated in missile strikes on Aleppo in November and United States military officials purportedly knew that it would be deploying to the Mediterranean in March.

Meanwhile, one of the two United States destroyers has left to go to an unnamed location to rearm itself.

Are you concerned about the Russian frigate?