Heartwarming: More than 1,000 people show up for funeral of veteran with no family

No one should die alone.[1] Especially someone who served and fought for his country. More than 1,000 people showed up at the funeral of a military veteran who had no family in Indianapolis. Men saluted him as he laid at rest and people gathered to honor his memory. It was standing room only at the solemn event and Billy Aldridge was given a dignified and eloquent funeral by people who really care. Billy C. Aldridge, a U.S. Marine Corp veteran, died at a local nursing facility on Oct. 14 at the age of 80. The nursing home had no records of any family, but those who attended said he had one on Tuesday. “He served our country and gave us the freedoms that we have and the privileges that we have today,” said Patrice Gehring who attended the funeral. Yes he did… and in the end all of these people were there for Billy. He was not alone after all. 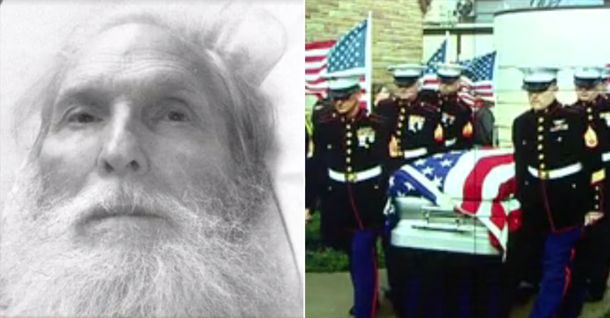 Indianapolis – In a heartwarming tribute, more than 1,000 people paid their respects to a veteran who reportedly had no surviving family.

According to WISH-TV[3], Marine Corps veteran Billy C. Aldridge, 80, died at a nursing home Oct. 14. The Jeffersonville, Indiana, native had no recorded family, the station reported[4].

But that didn’t stop the Indianapolis community from putting together a service. Legacy Cremation & Funeral Services teamed up with Private Label Caskets, Memorial Park Cemetery and Indiana Police Escort to organize the ceremony and burial.

“Giving this veteran who faithfully served his country a proper burial with military honors is the right thing to do,” Beagles told WTHR[5].

“You are his family. Thank you,” said Joe Johnson, the church’s pastor[6].

Many attendees showed up in military uniform to say goodbye to someone they never got to meet. Aldridge was a native of Jeffersonville, Indiana. He entered the service in 1956. He worked in supply and after four years was honorably discharged. He then moved to Indianapolis. Legacy Cremation & Funeral Services, Private Label Caskets, Memorial Park Cemetery and Indianapolis Police Escort worked together to give Aldridge a proper burial. “What started out as a small internal service for a forgotten individual turned into a public affirmation I think not only of his life, but every life,” said Bruce Buchanan of Flanner and Buchanan Funeral Centers. “Well done, good and faithful servant. Semper Fi,” said Brig. Gen. Goodwin. Nearly everything, from his casket, to his burial site, to the police escort were donated. Following the service, Aldridge was buried at Memorial Park Cemetery with full military honors. We honor those who serve our country every day and Americans love their military men and women. I’m glad Billy got a proper send off. We salute and honor him for his service. 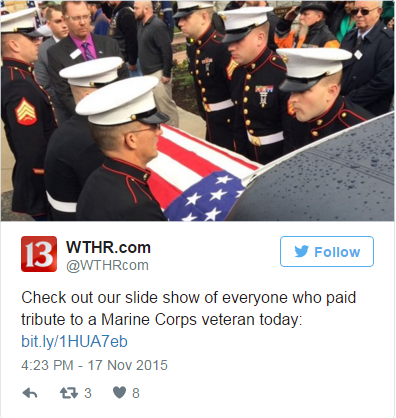 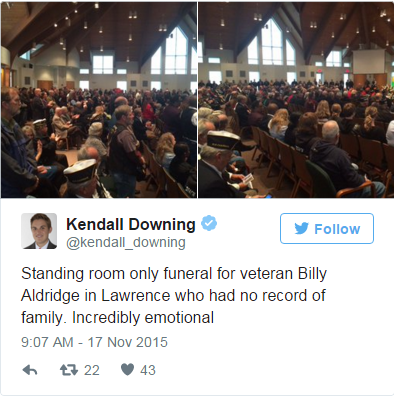 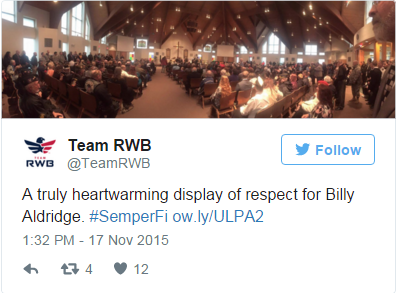