So, what do you do when you find yourself surrounded by the enemy and running low on ammunition?

One SAS (Special Air Service) soldier had to find out the hard way that the answer to that question is: “Engage them in a fight to the death and then drown the ISIS militant in a puddle.” 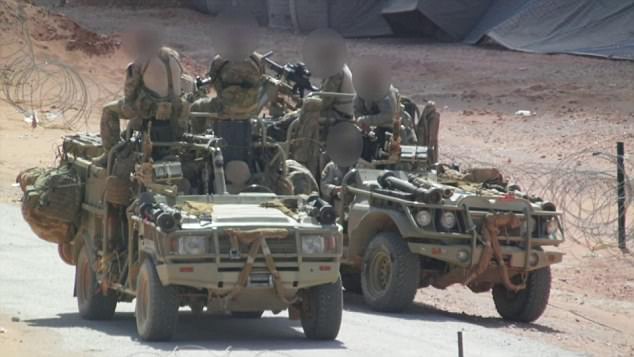 After being surrounded by 50 or so fighters, the SAS found themselves running low on bullets. They were forced to use their guns as blunt instruments and knives as their primary source of defense.

If you believe the story the way it’s told (I do), one of the SAS soldiers drowned an ISIS fighter in a puddle before snatching up a rock and using it to destroy the face of another militant.

The men were convinced that they were going to die and wanted to go out fighting as opposed to lying down and letting the enemy take them as prisoners.

A source told The Daily Star[2] that the men knew what was going to happen if they allowed themselves to be captured by ISIS.

‘They knew that if they were captured they would be tortured and decapitated.

‘Rather than die on their knees, they went for a soldier’s death and charged the IS fighters who were moving along the river bed. They were screaming and swearing as they set about the terrorists.’

That takes bravery that we haven’t seen in quite some time.

Despite the brawl that took place, 32 ISIS fighters were counted among the dead and none of the SAS soldiers were killed. Some were injured in the battle, with a few having suffered from gunshot wounds. They were treated by a Kurd after walking 5 miles to meet him.

This makes me so happy. It’s good to know that there are men who are going to do whatever it takes to stay alive and to take out their enemies.