INCREDIBLE! This Sniper Beat Back An Entire WARSHIP!

There are countless stories of military bravery and heroism, and this is just one of them. Sergeant Major Peter Leach was serving with the Royal Marines during the Falklands War and not many people know what he did there[1] — but they should. 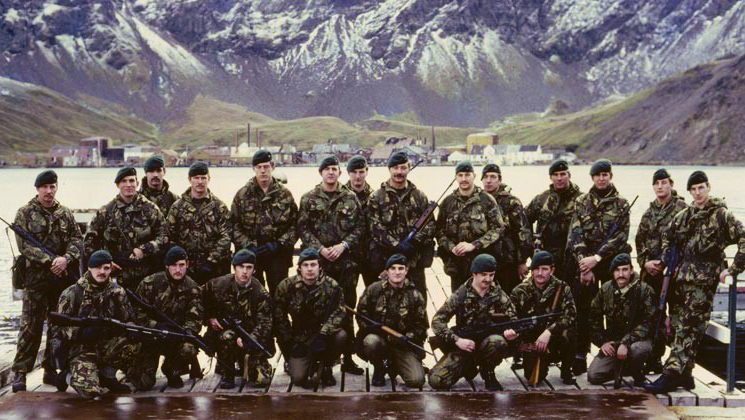 Lieutenant Keith Mills was in command of 22 Royal Marines and in April of 1982, they landed on the island of South Georgia and they were stationed at Shackleton House in King Edward Cove. They soon got news that an invasion was coming, which set off the Battle of Grytviken.

An Argentine warship, the Guerrico, came into the cove to respond to a cry for help from another ship, the Alouette. Once the Guerrico entered King Edward Cove, it immediately began firing on the Royal Marines — but then, their guns malfunctioned. The Royal Marines quickly took advantage of the malfunction, firing on not only the two naval vessels, but two helicopters and assault troops as well. Sergeant Major Peter J. Leach, a sniper, was among the Royal Marines and he was rumored to be so accurate, that he could shoot a man in the forehead at 1,000 meters.

Leach was armed with a L42A1 rifle and he shot the Guerrico with “a rapid succession of accurate shots” that made a huge difference. He shot at the quartermaster, the helmsman and eventually, the captain, who had to duck to avoid being shot. Leach then took aim at the ship’s anti-ship missile launcher and disabled it.

“When Guerrico approached King Edward Cove, it was a well-armed and dangerous warship. Not even fifteen minutes later, the ship was little more than a floating wreck in desperate need of repairs,” War History Online reported. Lieutenant Mills was still eventually forced to surrender, but not before Leach and his fellow Royal Marines did a lot of damage. And for his heroism, Leach was awarded the Distinguished Service Medal. The island was eventually recaptured and remains a British territory to this day.

Do you think Leach is a hero?