Secretary of Defense, Gen. James “Mad Dog” Mattis has earned quite the reputation among the armed forces and is equally revered and feared by everyone who meets him. The only people who opposed his appointment were the sissies who don’t think we should be mean to anyone, anywhere ever and terrorists.

It didn’t take very long for Mattis to live up to his nickname and show ISIS exactly why they should fear this new administration. 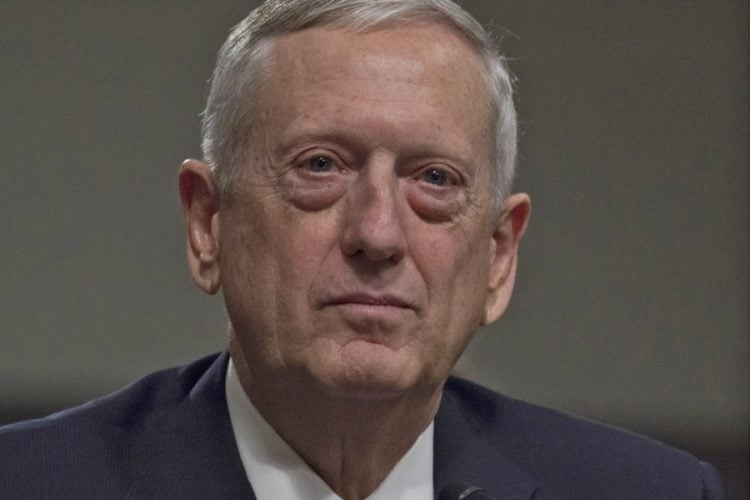 On his first day as SecDef, Mattis[2] went straight to work, overseeing 31 (thirty-one!) airstrikes on ISIS. Something tells me this won’t be the last time we hear about this kind of action.

The airstrikes are part of an ongoing military campaign called Operation Inherent Resolve that aims to destroy ISIS.

The Department of Defense said[3] the attacks in Syria included two strikes near Bab, which engaged an ISIS tactical unit, destroyed an artillery piece and damaged a tactical vehicle; 22 strikes near Raqqa, which engaged 12 ISIS tactical units and destroyed nine fighting positions, two tunnels, two tanks, an improvised-bomb factory and an ISIS headquarters; and a strike near Dayr Az Zawr that destroyed two oil well heads.

Gotta love a man who isn’t afraid to do what needs to be done to protect his own.