Tammy Grace Barnett[1], who is 25 and from Louisiana, made history this week by signing up for the US Army Infantry. That’s boots on the ground, front lines fighters. Feminists, I’m sure, are thrilled by this. I am not. Men will instinctively react to protect a woman in combat and it will get them killed. Not to mention the horror of a woman being caught by the enemy. She was going to join the military police, but then decided to go to the front lines instead. I personally believe that women should not be on the front lines… it’s far too dangerous. But, she will start training at Fort Benning in Georgia in June of 2017. I wish her luck. 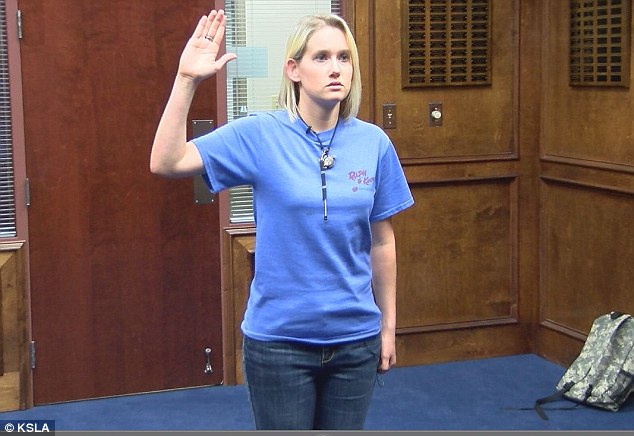 A 25-year-old Louisiana woman made history this week after becoming the first female to enlist in the US Army Infantry School.

Tammy Grace Barnett, a former police officer, took the oath of enlistment on Thursday at the Military Entrance Processing Station in Shreveport.

Barnett initially planned to join the military police, before deciding she wanted to serve her country on the front lines.

‘I want to deploy, see action, and I definitely want to go to Airborne school,’ she said in a release obtained by Army Times. ‘I have served the front lines in my hometown… and now I am going to serve the front lines of my country.’ There’s a huge difference and I don’t think she fully comprehends what it entails. Barnett hopes that her enlistment will inspire other women to follow suit. ‘I hope that I give them the courage, because I’m a small female, if I can do it, they can do it too,’ she told KSLA. And I hope that women have enough sense to not go into battle where a distraction can get you killed. The Army will spend 14 months prepping to begin taking women in the Infantry. ‘(It will) allow the Army to properly prepare for new trainees by having trained female officers and (non-commissioned officers) in position,’ said Roger Harmon, the public affairs chief of Army Recruiting Battalion Baton Rouge. The Department of Defense announced that women would be allowed to contribute to Defense Department missions with no barriers in their way. ‘They’ll be allowed to drive tanks, fire mortars and lead infantry soldiers into combat,’ Defense Secretary Ash Carter announced in December. And they’ll die just like men do, only if caught, much more horribly. Sorry, I just can’t cheer this ‘progress’. However, I’m sure the enemy will. 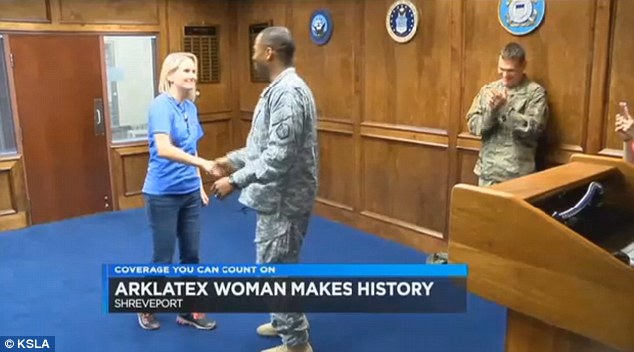 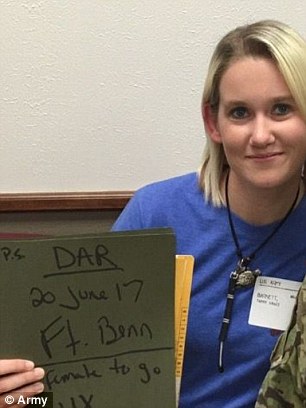