General James Mattis is practically military royalty and he’s especially revered in the Marine Corps, where he was given the nickname “Mad Dog.” Mattis’ appointment to Secretary of Defense was roundly applauded by virtually everyone, with people of all political persuasions supporting the nomination. Why is Mattis so beloved and especially in the military community? Well, because of quotes like this. 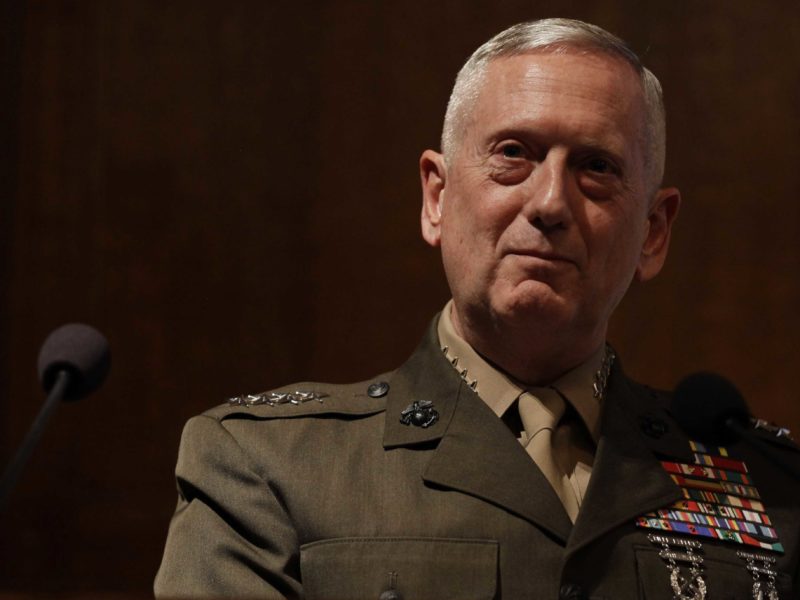 Mattis appeared on CBS’ “Face the Nation” with host John Dickerson and it was another stellar interview from Mattis that delivered a quote that will be sure to become yet another famous “Mad Dog” quote. “What keeps you awake at night?” Dickerson asked Mattis.

“Nothing,” he replied, completely stone-faced. “I keep other people awake at night.”

The interview was about ISIS and the military’s new strategy for how to deal with the threat. According to Mattis, the goal is now “annihilation,” rather than “attrition.” But it’s surely this quote that will stand the test of time. It fits nicely in with other quotes that he’s now become famous for.

In 2003, for example, Mattis met with local Iraqi leaders and made it clear what he was prepared to do if they did not cooperate with his Marines. “I come in peace. I didn’t bring artillery,” he told them. “But I’m pleading with you, with tears in my eyes. If you f*** with me, I’ll kill you all.”

Another common directive Mattis gave to his Marines was to have a plan… but not the kind of plan that liberals would likely approve of. “Be polite, be professional, but have a plan to kill everybody you meet,” he would say.

Or how about his advice on how veterans should deal with anti-war protesters? “When you men get home and face an anti-war protester, look at him in the eyes and shake his hand,” he advised. “Then, wink at his girlfriend because she knows she’s dating a p***y.”

Do you support Mattis?