This makes me all warm and fuzzy inside.[1] Mattis is ordering the military to not just shuffle ISIS from one location to another as Barack Obama did… no. He wants them freaking annihilated. Good. He has instructed the military to abandon Barack Obama’s disastrous military strategy and to instead start focusing on killing the enemy… ISIS. It’s about damned time.

Staff Gen. Joseph Dunford is warning that ISIS is digging in and embedding themselves within civilian populations to guard against U.S. airstrikes. “One tactic they have adopted is to mix in with the civilian population, and that makes targeting them very difficult. We can’t just indiscriminately bomb people who are leaving these cities. Even with this annihilation battle plan, we have to be very careful about civilian casualties,” He said. Unfortunately, civilians are going to die if we are to defeat this enemy. It’s called war.

“When Secretary Mattis looked at our anti-ISIS campaign, he concluded that in some instances we were essentially just pushing the enemy from one location to another,” Dunford explained[3]. “He asked me and the military chain-of-command to make a conscious effort not to allow ISIS fighters to just flee from one location to another, but rather to deliberately seek to ‘annihilate’ the enemy,” he continued.

The Pentagon has yet to reveal a new strategy to defeat ISIS but Mattis has heavily emphasized his focus on “annihilation” in recent months.

“We have already shifted from attrition tactics where we shove them from one position to another in Iraq and Syria, to annihilation tactics where we surround them. Our intention is that the foreign fighters do not survive the fight to return home to North Africa, to Europe, to America, to Asia, to Africa. We’re not going to allow them to do so. We’re going to stop them there and take apart the caliphate,” Mattis declared[4] in a late May interview with CBSNews.

Dunford also says that we are heavily relying on intelligence sources to accomplish military goals. Mattis has previously stated that the U.S.-led coalition was increasing its pressure on ISIS by encircling fighters in their “strongholds.” Then they move in for the kill. “[Trump] directed a tactical shift from shoving ISIS out of safe locations in an attrition fight to surrounding the enemy in their strongholds so we can annihilate ISIS,” Mattis said. It’s like exterminating cockroaches – you have to try and get all of them or they multiply.

Mattis noted that commanders have been given greater authority to move quickly in the fight without first seeking approval from Washington. “We have changed, tactically, how we’re going to carry it out. We have accelerated the campaign and that’s shown up clearly in our tactical reports that are coming in,” Mattis said. And that’s the way it should be. I also hear that Mattis is sending 4,000 more troops to Afghanistan. No longer is the military tying its own hands and pretending to fight. Mattis is empowering them to do what you do during war… kill the enemy, break things and then go home. 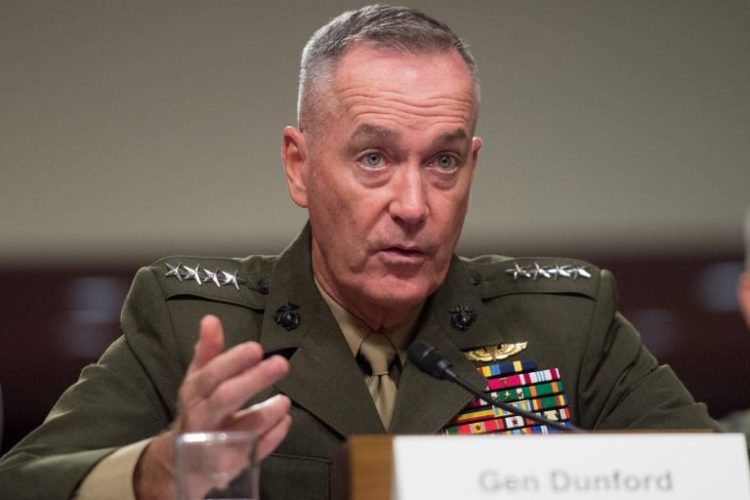