Meet The Badass Female Commander Who Launched The Tomahawks Into Syria 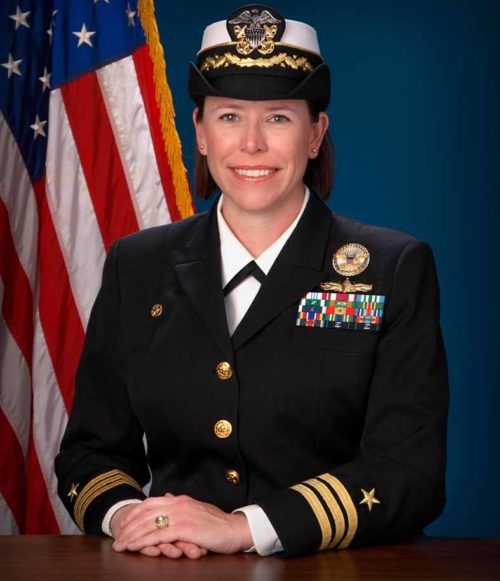 In what is being hailed as a much needed show of military strength[2] and a warning to dictators and despots everywhere, President Trump ordered two naval destroyers stationed in the Mediterranean to fire a combined total of 59 Tomahawk missiles at Syrian airbases. Fully half of those missiles were fired by the commander of the USS Porter, Commander Andria Slough.

Commander Slough is a decorated Naval officer, having served as a combat information center officer as well as auxiliaries and electrical officer on the USS O’Brien. She was a weapons officer on the USS The Sullivans, in addition to having been executive and commanding officer of the USS Defender. The Commander is also the former deputy director for the Joint Maritime Ballistic Missile Defense Operations and Training.

Her awards include the Defense Meritorious Service Medal, Pacific Fleet Shiphandler of the Year and the VADM John D. Bulkeley Leadership Award. 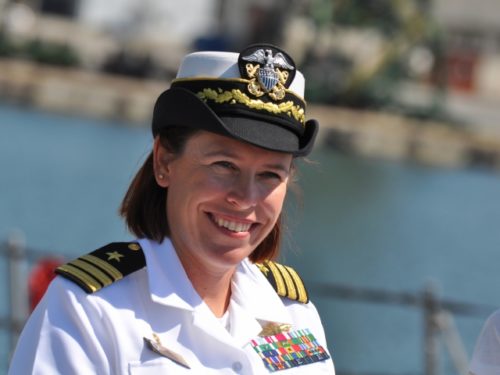 There can be no question that Commander Slough is an accomplished Naval officer and a role model for young people. She is a credit to our armed forces. And she is an inconvenient truth for the Left, who SAYS they are for women accomplishing great things, but what they mean is Liberal women accomplishing things, not women who are military commanders. Women who command warships are not really on their radar, so to speak. For the Left, a big accomplishment involves screaming into a microphone, wearing an inappropriate pink furry hat and leaving trash all over the Mall in Washington, D.C.

But Conservative Twitter blew up with praise for the Commander, stealing Hillary’s self serving election slogan and applying it to Slough, tweeting out #ImWithHer and another Lefty favorite, #ShePersisted.

America is proud to salute Commander Slough for her excellent service and long list of leadership accomplishments. She is a credit to her nation.