More Michael Moore INSULTS To Dead Veteran “hide on top of a roof and shoot people in the back!”, Inflames Social Media

Michael Moore has continued his I-Hate-America tour on Twitter, almost immediately after issuing a fake apology for the last time he spewed anti-American drivel. But he’s back at it again, doubling down on the American Sniper hatred with more insults for Chris Kyle and military snipers. 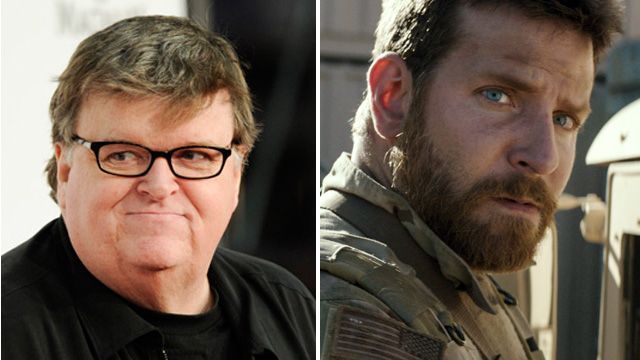 Last week, liberal filmmaker Michael Moore faced backlash after a tweet in which he called snipers ‘cowards.’ This tweet was sent out following the box office, record breaking debut of American Sniper, a film about Chris Kyle, the deadliest sniper in American military history.

Moore quickly attempted to backtrack by saying it was not his intent to insult Kyle or any sniper. However, his tweet yesterday shows that his supposed recanting of his tweet was not sincere.

Tomorrow's Sunday School (1) What Would Jesus Do? Oh, I know what he'd do — hide on top of a roof and shoot people in the back!

… Will Moore back down with another fake apology?

The fact that Moore won’t shut up about American Sniper is actually a little illuminating — it must be hard to be confronted with a movie that is actually successful, that Americans actually want to see. It must be doubly hard to know that the person Americans are celebrating is not a gluttonous, America-hating girly man who wouldn’t know selflessness or sacrifice if it smacked him in the face, but someone who was the complete opposite, and that a person like Michael Moore will never be the type of person that Americans love.