Muslim Thugs Shoot at US Tank… Get a NASTY Surprise! [VIDEO]

I just love to watch bad guys get their just desserts.[1] This video does not disappoint. These Islamists kept shooting at a US tank and our military personnel. They just kept it up. And then suddenly, from literally out of the blue… boom! Somebody got a big ole bomb dropped right on their head and it was spectacular. A whole bunch of murderous thugs just got sent to meet their 72 virgins in hell. No wonder our warriors were so ecstatic and thrilled in the video. They got blown into itty bitty terrorist pieces. No more killing for those savages. Not this lifetime anyway. 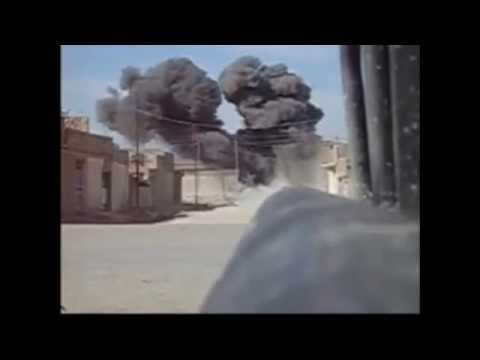 Our troops risk their lives every day around the world to protect freedom and liberty.

So when terrorists started firing at a tank, the soldiers waited to see where it was coming from… But the shooting continued. And, you can only push our troops so far… Then you DIE!

Watch (below) as it takes 25 seconds for our brave troops to serve swift justice with serious firepower.

This is why America has the greatest military on Earth! And nothing will get in the way of accomplishing their missions.

If you mess with America’s best, you are going to have a date with eternity. They signed their own death warrants by firing at that tank. Did they think that our soldiers would just sit there passively and take it? They must have them confused with Obama. Bad mistake… lethal in fact. Payback is a b*tch. No diplomacy, no coddling… just swift justice and then pieces parts and a dirt nap. Makes you want to do a snoopy dance. Just sayin’. I love our military. They rock! I could literally watch this over and over again. It’s just that good.