Mystery: Where Are Dozens of North Korean Subs?

I have long said that one day the Hermit Kingdom[1] will quit crying wolf and get their war game on. With Iran flush with money, power and nuclear weapons and Russia and China ascending, North Korea feels it has nothing to fear from America with Barack Obama at the helm. Who can blame them? Our military has been gutted and we are not equipped to fight wars on multiple fronts currently. The NoKos have about 70 subs. 50 of them have now been deployed and for some strange reason, we don’t seem to know where they are. Now that’s incompetence on a massive scale. It’s a sign that the North Koreans are gearing up for combat while participating in high-level talks aimed at easing tension. The unpredictable communist nation has also doubled the number of its artillery troops on the border, with the command to be combat ready, according to one official. Even a rust-bucket sub can do massage damage. If I were the South Koreans, I would be very nervous. 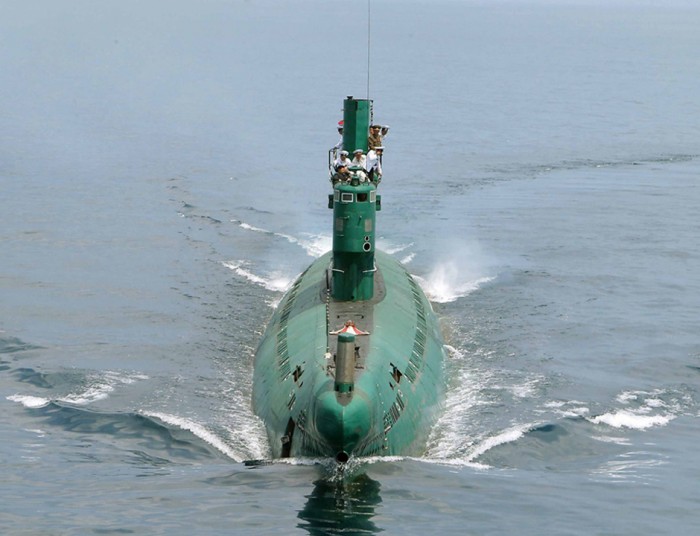 Dozens of North Korean subs left their stations this week and cannot be located. This is the largest deployment of subs since the Korean War. 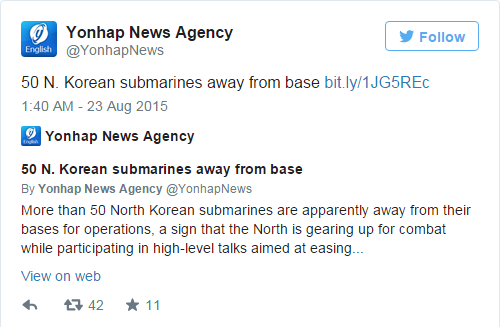 The North is known to have around 70 submarines[4].

Dozens of N. Korean submarines left their bases at both Eastern and Western coast, and can’t be located. Military are increasing their surveillance capability to track them, it is confirmed.

That accounts for 70% of (N. Korea’s) submarine fleet, which totals 70 ships. This is the largest rate of deployment since the Korean War.

Military sources said, “This is 10 times more than their normal deployment level. Dozens of them left their bases at both coasts, and we are unable to track them.”

They said, “70% of their submarine fleet is not located. We are increasing our surveillance capability to find them.”

They suspect that the unusually high level of N. Korea’s submarine movements may be for further military provocation, and raised their level of alert.

The sources said, “Since the talks began, their front-line artillery power has more than doubled.”

The People’s Liberation Army[7] has sent troops to China’s border with North Korea as escalating tensions on the Korean peninsula have pushed North and South Korea to the brink of possible war. The Hong Kong-based Oriental Daily reported Saturday that Internet users have been uploading photos of what appear to be PLA armored vehicles and tanks passing through the streets of Yanji, the seat of the Yanbian Korean autonomous prefecture in eastern Jilin province. The city, considered a key transport and trade hub between China and the DPRK, is less than 30 kilometers from the 1,400-kilometer border. North Korea is proclaiming they have been restrained for decades and have had enough. It may be saber rattling, but now you have China, North Korea and South Korea on the very cusp of war. What do nations who are in financial trouble do as a last resort? They go to war. We’ve got insane dictators armed with nukes now threatening war. That should be taken seriously, don’t you think? And where are those subs? 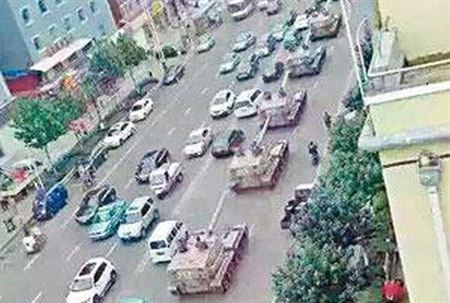