Russia is building a nuclear submarine[1] equipped with robots and drones that can deliver large-scale nuclear weapons to our coastal cities and harbors. Still think Russia doesn’t pose an existential threat to the U.S.? Hmmm? The Pentagon knows about this, they just can’t do anything about it, so they downplay it. We have been so neutered as a military power, we are now watching our own potential demise unfold. And it’s a whopper. The unarmed underwater vehicle (UUV) will be equipped with megaton-class warheads that will be capable of blowing up our key ports used by U.S. nuclear missile submarines on both sides of the nation, from coast to coast. The nuclear killer drone is nicknamed “Kanyon.” I call it death from above and below. 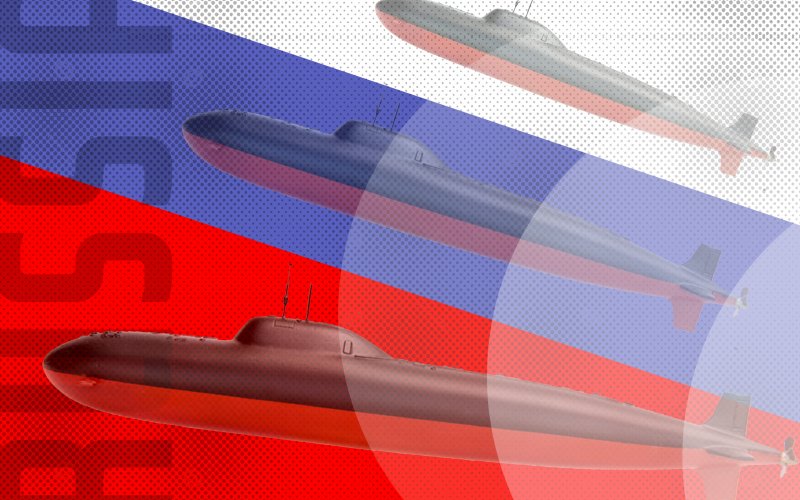 Russia is building a drone submarine to deliver large-scale nuclear weapons against U.S. harbors and coastal cities, according to Pentagon officials.

The developmental unmanned underwater vehicle, or UUV, when deployed, will be equipped with megaton-class warheads capable of blowing up key ports used by U.S. nuclear missile submarines, such as Kings Bay, Ga., and Puget Sound in Washington state.

The Pentagon, however, has code-named the drone “Kanyon,” an indication that the weapon is a structured Russian arms program.

The nuclear drone submarine is further evidence of what officials say is an aggressive strategic nuclear forces modernization under President Vladimir Putin. The building is taking place as the Obama administration has sought to reduce the role of nuclear arms in U.S. defenses and to rely on a smaller nuclear force for deterrence.

Officials familiar with details of the Kanyon program said the weapon is envisioned as an autonomous submarine strike vehicle armed with a nuclear warhead ranging in size to “tens” of megatons in yield. A blast created by a nuclear weapon that size would create massive damage over wide areas.

A megaton is the equivalent of 1 million tons of TNT.

On missiles, megaton warheads are called “city busters” designed to destroy entire metropolitan areas or to blast buried targets. An underwater megaton-class drone weapon would be used to knock out harbors and coastal regions, the officials said, declining to be named due to the sensitivity of the information.

“This is an unmanned sub that will have a high-speed and long-distance capability,” said one official, who noted that the drone development is years away from a prototype and testing.

The Kanyon appears to be part of a Russian strategic modernization effort that seeks to give Moscow the ability to coerce the United States. It is also expected to complicate the Obama administration’s attempts to seek further reductions in U.S. and Russian nuclear forces after the 2010 New START arms treaty.

New arms cuts were derailed after Russia’s military annexation of Crimea and continuing destabilization of eastern Ukraine, as well as by Moscow’s failure to return to compliance with the 1987 Intermediate-Range Nuclear Forces Treaty.

“It’s very difficult to consider Russia a responsible party when it’s developing something like this,” the official said.

Another official familiar with the program said that the Kanyon will be a large nuclear-powered autonomous submarine. This official said the size of its nuclear warhead is not clear.

The new underwater nuclear weapon is also raising concerns among Pentagon strategic planners. The Navy, in particular, is worried about the Kanyon. Navy forces are charged with conducting underwater warfare operations, including countering enemy submarines.

The Pentagon said last week that it is closely watching a Russian military research ship that sailed along the east coast of the United States. The ship, a research vessel called the Yantar, was engaged in underwater reconnaissance, gathering intelligence that could be used to support a weapon system like the nuclear UUV.

While the United States currently has no similar plans for a megaton-class underwater nuclear strike vehicle, the Navy is developing a range of UUVs, including a weapons-carrying drone.

The Pentagon is in the process of retiring all of its megaton weapons. The stockpile of 9-megaton B53 bunker-buster bombs were dismantled several years ago, and the 1.2 megaton-B83 will be retired after the upgraded B61 bomb is deployed.

This is another sign that Putin is drastically modernizing and expanding his nuclear weapons program, while we catastrophically downsize ours. These megaton warhead “city busters” are specifically designed to destroy entire metropolitan areas or to blast buried targets – American targets. An underwater megaton-class drone weapon would be used to knock out harbors and coastal regions, the officials said, declining to be named due to the sensitivity of the information. I can understand that – they are trying to warn America about what is coming. “The Kanyon represents another example of Russia’s aggressive and innovative approach to the development of military capabilities against U.S. and Western interests,” said Jack Caravelli, a former CIA analyst who specialized in Soviet and Russian affairs. “The possible yield of the warhead, in the megaton class, clearly is an attempt to inflict catastrophic damage against U.S. or European naval facilities or coastal cities,” he added. “Nations vote with their resources, and the Kanyon, along with an expanding number of other military modernization programs, indicates the priority Vladimir Putin places on military preparedness against the West.” This should alarm everyone in leadership and all Americans. These vessels, vehicles and weapons are being designed to use against America and the Russians mean deadly business.