In the few months Donald Trump has been in office, he’s made it clear that he has no problem using the strength of our military against enemies. So far, that has meant bombing both Syria and Afghanistan, and preparing for a potential military conflict in North Korea. But a shocking report claims that Navy SEALs are now training for an assassination[1]. 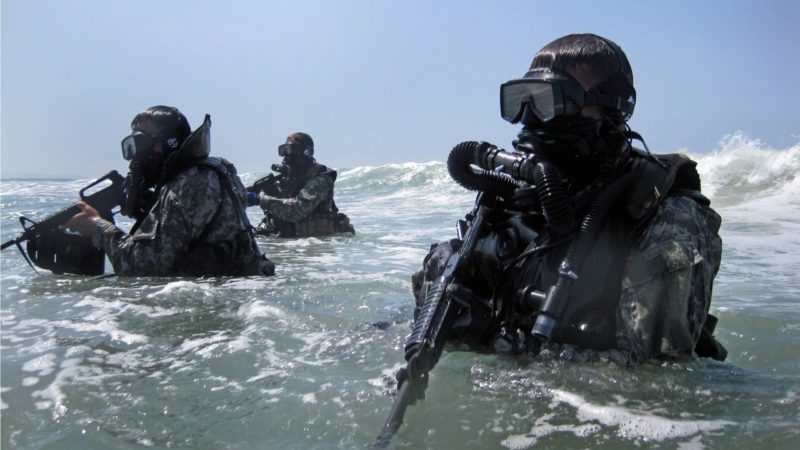 South Korean newspaper “JoongAng Daily” claims that SEAL Team 6, the same team that took out Osama bin Laden, is training to assassinate Kim Jong Un, the dictator lording over North Korea. The SEAL team has allegedly been deployed to South Korea to participate in the Foal Eagle and Key Resolve exercise. This much, the Pentagon seems to confirm — although all officials would say is that “ground, air, naval and special operations” are carrying out “several joint and combined field training operations” and that up to 17,000 troops are participating.

The newspaper, however, says that SEAL Team 6 is carrying out drills in which they assassinate Kim Jong Un and neutralize weapons of mass destruction. The South Korean Defense Ministry confirmed the report in March. United States officials, however, flatly deny it.

“There are a variety of Special Operations Forces (SOF) participating in Foal Eagle, as they do in most regional exercises,” Navy Commander Gary Ross said. “Foal Eagle is a regularly-scheduled, annual exercise that is the culmination of many months of planning and it is not being conducted in response to the current situation on the peninsula.”

Tensions have been rising between the United States and North Korea, with Trump warning Kim Jong Un that he was “doing the wrong thing.” A United States Navy strike group is also making its way towards North Korea, ostensibly in preparation for any further aggressions, missile tests or nuclear tests. “We are sending an armada. Very powerful,” Trump said in an interview with Fox News. “We have submarines. Very powerful. Far more powerful than the aircraft carrier. That, I can tell you.”

[email protected][3] on Kim Jong Un: "He is doing the wrong thing." pic.twitter.com/Tbhl4Mk9IK[4]

Still, while it makes sense to prepare for potential military action, assassinating a foreign leader who has not attacked the United States would be utterly insane.