“Fox & Friends”[1] host Brian Kilmeade is wondering why the CENTCOM scandal wasn’t brought up at the GOP debate last night and so am I. It is huge and is getting no coverage in the media. A whistleblower has come forward and has claimed that data has been manipulated and emails destroyed in connection to the progress of attacking ISIS being exaggerated for public consumption. Of course, it is being claimed that it is impossible any emails were deleted, but does anyone really believe that anymore after Hillary Clinton? The investigation began last year after the revelation that 50 CENTCOM officials had signed a letter to the Defense Department inspector general’s office, alleging that reports to the Obama administration had been doctored under political pressure. 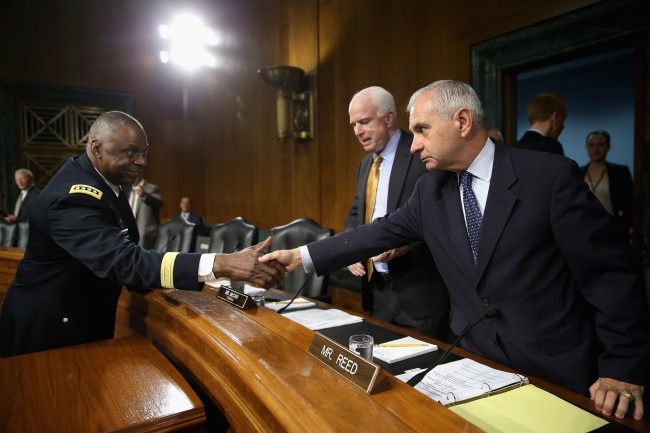 An anonymous whistleblower with U.S. Central Command[3] told the House Intelligence Committee that material related to allegations that intelligence assessments had been altered was deleted by CENTCOM.

According to Associated Press[4], the whistleblower claimed that the files and emails that were deleted involved reports that intelligence had been doctored to exaggerate the progress being made against the Islamic State group.

“We have been made aware that both files and emails have been deleted by personnel at CENTCOM and we expect that the Department of Defense will provide these and all other relevant documents to the committee,” Rep. Devin Nunes, R-Calif., said during the hearing.

Rep. Nunes, the committee’s chairman, would not reveal the anonymous informant’s position. However, he also pointed to a survey that the Office of the Director of National Intelligence briefed the committee on. There is a ton of damning evidence here and much more that could be dug up, so why is everyone dragging their feet on this? Are they hoping Obama will leave office before it is exposed? In the anonymous survey, 40 percent of CENTCOM analysts believed there were problems with the integrity of intelligence reports. That’s simply staggering. “During the past year, do you believe that anyone attempted to distort or suppress analysis on which you were working in the face of persuasive evidence?” was the question asked on the survey. “To me, it seems like 40 percent of analysts who are concerned at CENTCOM — that’s just something that can’t be ignored,” Rep. Nunes said. Exactly right. This needs to be addressed, looked into and exposed.