First off[1], let me say that I personally believe under the Constitution, that everyone has a right to like or not like a president, have political bumper stickers on their car, read whatever they want and serve Chick-fil-A to their heart’s content. However, the military has rules and they pretty much require you to show respect for the Commander-in-Chief (even if he is a traitor). The bumper sticker might be going a tad far in that regard. But Nathan Sommers should not have been pushed out over any of this. It’s just wrong to target someone because they are conservative and a Christian. That seems to be what the Obama Administration is good at. Sommers isn’t the only one in the military being targeted either. There have been a lot of soldiers and chaplains who have been pushed out over their beliefs. It’s not the same military anymore under the diktats of Barack Obama. 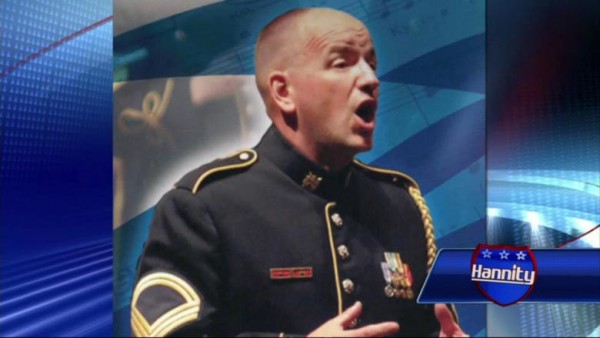 According to recent reports, 25-year veteran of the U.S. Army Nathan Sommers just filed a lawsuit claiming that he was pushed out of the Army for being a conservative.

More than a year ago, we reported that Sommers was ordered to stop reading books from conservative authors and received criticism for serving Chick-fil-A sandwiches at a party celebrating his promotion.

Sommers claims that he was eventually forced to retire for his political and religious beliefs.

“Those who protect our rights must be allowed to exercise them,” attorney John Wells told reporters. “Master Sergeant Sommers did nothing to interfere with good order and discipline. He was the perfect soldier.

Sommers received an Army Commendation Medal during his service.

“Congress has enacted laws to protect the free expression of religious beliefs in the armed forces,” Wells added. “The Army Band broke those laws and they will be held accountable.”

What do you think? Do you support Sommers?

This story is actually a year old. But it is still relevant as service men and women are being discriminated against for their political and religious beliefs. There has been a major purge in the military… it has eliminated many of those of faith and those that are conservative. It has also removed anyone against gays and transgenders in the military. They have removed top military officers who did not do exactly as Obama wanted or spoke up against his plans. The numbers of our forces have also been severely depleted. We are now at pre-WWII levels if not worse. I fear that if we were to engage Russia or China today, we would lose. When you take all conservatism and faith out of your fighting force, you no longer have a fighting force worth having. Everyone is for themselves and not God and country. Obama knows this and he’s done a fine job of destroying the strongest military force on the planet. Much to the delightment of our enemies. Sommers should not have been forced out, but then again, none of this should be happening. It’s surreal and frightening.