The Watchmen, ‘Band of Brothers’ Patrol the Southern Border Against Invasion [Video]

I consider The Watchmen patriots of the first order.[1] This Band of Brothers is comprised of ex-military and private security professionals. They are led by the ‘Nailer’ and they are treating the southern border like a military conflict zone – which it is. The article below says they are armed with machine guns. I don’t see any machine guns in these pics. I see rifles and I’m sure they have hand guns. They are also decked out in camo and protective gear, which makes sense. These selfless men are protecting the border from illegal invaders, gangs, drug smugglers and human traffickers. They better be armed… that is one of the most dangerous places in the US right now. It’s not for the feint of heart or weak of spine. The local agents appreciate their intelligence gathering. The Feds, not nearly so much. 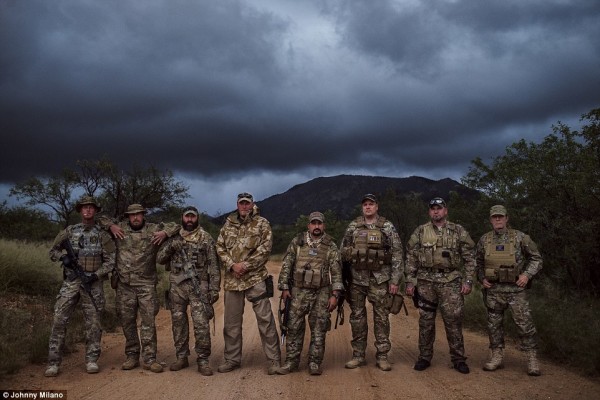 Dressed in camouflage gear and wielding heavy machine guns, these men look like they are off to war.

But while the pictures appear to show this band of brothers patrolling a conflict zone, they are actually guarding the border between the US and Mexico.

The ‘watchmen’ of The Arizona Border Recon – led by the group’s chief ‘Nailer’ – protect the border near the Mexican town of Nogales, with three goals; stop illegal immigration, stop drug smuggling, and stop human trafficking.

The striking photographs were taken by Johnny Milano[3] for his project The Hills of Pima, capturing the men’s 24-hour operation which sees them monitor the border, watch carefully for immigrants and stop cross-country criminals in their tracks.

They look like soldiers – and some of them are veterans – but many are or were private security experts, Mr Milano told Feature Shoot[4].

This means that they do not necessarily have the power to stop people attempting to make into the U.S., but this does not stop them from taking action.

Technically speaking anyone can perform a citizen’s arrest, but illegal immigration and human trafficking are not day-to-day offences.

‘I think “authorization” becomes a complicated term in this sense, Mr Milano explained. ‘It becomes complicated because although the state may give legal authority to do so, this is actually an international policy issue concerning inter-country borders, not something like a bank robbery.’

The men consider the gradual wave of Mexicans and others crossing the border as ‘an invasion’ – similar to many of their tours with the US Army.

Mr Milano said: ‘To them this is most certainly an invasion. In some respects I believe the US/Mexico border is the nearest domestic geographic place where many of the vets can compare to their tours in Afghanistan or Iraq, or elsewhere, so in some way it is the easiest way to get back into “protecting the country” from what they believe is the most imminent threat and performing their civic duty.’

US Customs and Border Protections does not appreciate the Arizona Border Recon, the photographer said, at least at federal level.

But he said that officers on the ground welcome intelligence the men have picked up on their patrols, especially when visiting houses along the border.

The US-Mexico border is not a new political issues, but it is a growing one. Donald Trump has vowed to build a huge wall along the entirety of it.

And even if that does happen, the Border Recon will still be there. Group leader Nailer told Mr Milano: ‘We’re going to keep doing it until [the border’s] fixed or I’m dead.’

These men are determined to man their posts and stop as much of the invasion and illegal, criminal activity that they can. They are doing the job that the government should be doing all along the border, wall or not. It is a dangerous and thankless job, but Americans recognize the bravery and patriotism that it showcases. They are doing what the rest of us can’t or won’t do. If you didn’t know they were on the southern border, you’d swear they were in a foreign war theater somewhere. It’s sad that this is the case and that men like these are so desperately needed here in the US right now. What is happening across our borders is a clear and present danger to our national security. God bless these men for being on the front lines and protecting as many as they can. Obama would stop them if he could, but as Nailer said… they’ll be there till the border is fixed or they are dead. 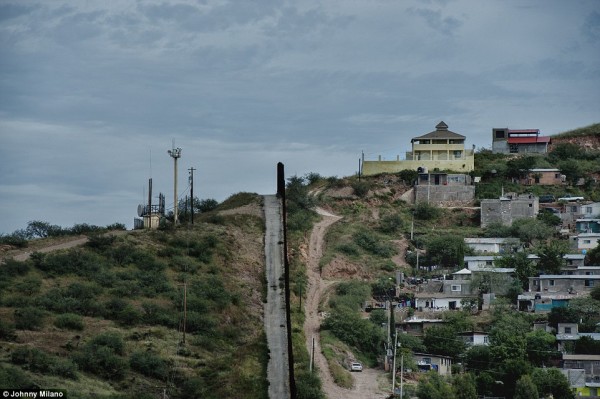 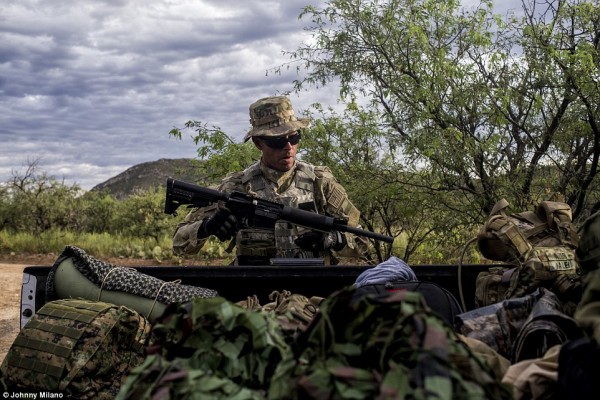 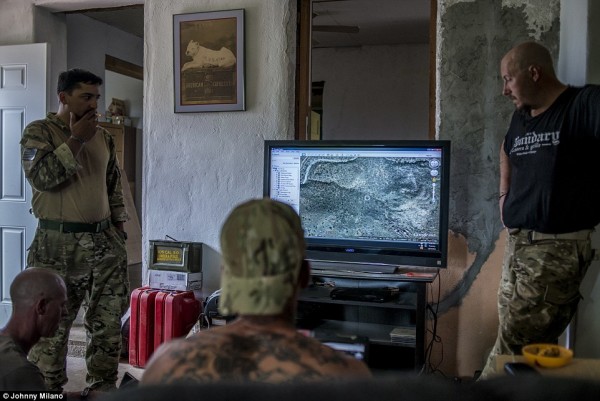 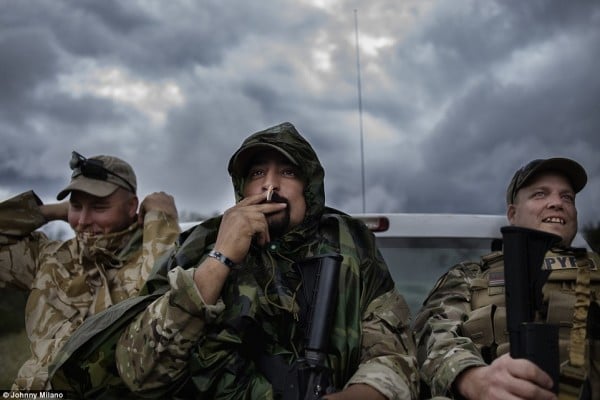 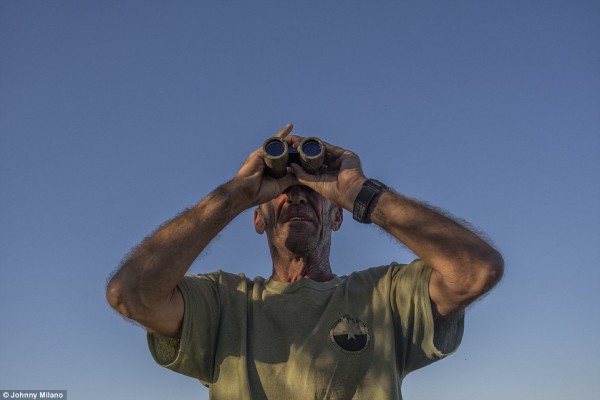 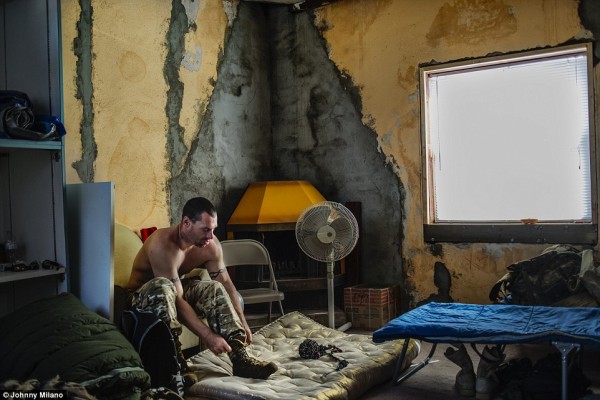 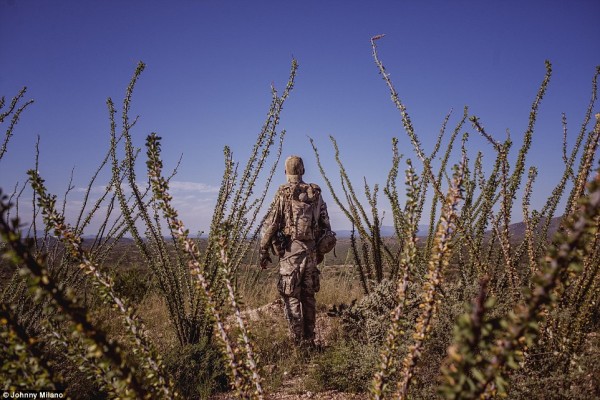 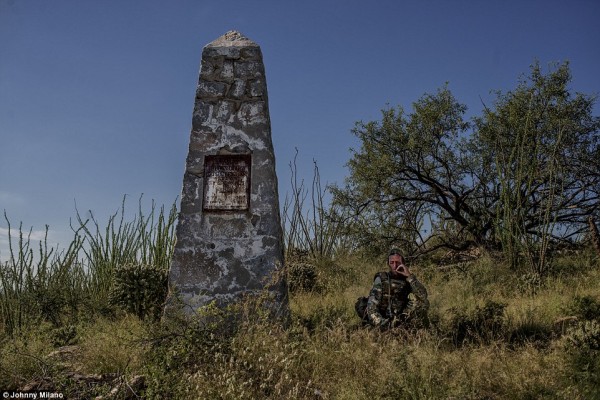